Fantasies in Chocolate caters to glamour

Photo by Samantha Johnson. A decoration of a circus lady hangs over vendors at the Grand Sierra Resort and Casino on Saturday, Nov. 7.

There aren’t many people who don’t enjoy chocolate, especially around the holiday season.   Fantasies in Chocolate, an event to raise money for the Reno Gazette-Journal Foundation, was the perfect post-Halloween gathering to reuse costumes and satisfy the lingering craving for chocolate and other sweet treats. With “bohemian circus” as a theme, attendees showed up in everything from Hollywood-style ball gowns to animal-print tutus, all for funding the RGJ Foundation’s ability to help local nonprofits, schools and grant scholarships to individuals.

Fantasies in Chocolate took place in the Summit Pavilion of the Grand Sierra Resort. The room was decorated with a canopy complete with a disco ball and two large elephant sculptures from the MGM Production of the cabaret performance, “Hello Hollywood, Hello.” Besides chocolate and dessert vendors, other companies present were Men Wielding Fire, Reef and Great Basin. Fine wines and baked goods were expected by audience members, but there were also strange, new things to try, like bacon and cayenne-pepper-flavored ice cream from IceCycle Creamery.

The night began slowly, with a judge’s panel sampling everything long before VIPs could enter around 5:30 p.m. Both VIPs and volunteers wore elaborate attire, from floor-length dresses with sweeping necklines to animal costumes with ears and tails. There were plenty of clown suits, mimes and bearded ladies as well. Stilt walkers with giant headdresses walked around the pavilion and silk aerialists did acrobatic stunts while participants watched. A lively jazz band was playing while the VIPs made their way through the venues and sat down for dinner, which was provided by the Grand Sierra Resort, but for the most part the crowds were relatively small until 7:30 p.m.

Around that time the event was opened to the public and with it came even more crazy costumes and hungry chocolate enthusiasts. Couples wore themed costumes like lion and lion tamer, strong man and ballerina, and showgirl and ringmaster. The jazz band made way for a DJ later in the night,   and more people made their way to the dance floor.

Photo by Samantha Johnson. Participants enjoy dinner at the Grand Sierra Resort and Casino on Saturday, Nov. 7 for Fantasies in Chocolate.

For vendors, the event ended at 10:30 p.m. when the Summit Pavilion shut down for clean up, but for most of the attendees, the party was only beginning. LEX Nightclub hosted an official Fantasies in Chocolate after party for the lingering, rowdy participants and the casinos were flooded with people long after 11 p.m. It was very much like a modern circus, not only because of the costumes but for the mix of personalities gathered together. There were strange characters and sweet ones, but Fantasies in Chocolate proved to be an opportunity for local culinary artists to shine.

Despite the elegance and the whimsy of Fantasies in Chocolate, the cost of the tickets was one of the downfalls of the event. A single VIP ticket cost $195 after Oct. 15 and general admission was $80. For a nice dinner, a variety of food samplings and drinks, it might not have been worth it for those who would rather spend $80 on groceries instead.   If Fantasies in Chocolate wants to open up its audience to a wider spectrum, the crippling fee for a couple hours of fun is what it will have to consider going into the future.

For more information on Fantasies in Chocolate or to stay tuned about next year’s event, visit www.fantasiesinchocolate.com.

Samantha Johnson can be reached at samanthaj@sagebrush.unr.edu or on Twitter @SamRayJohnson. 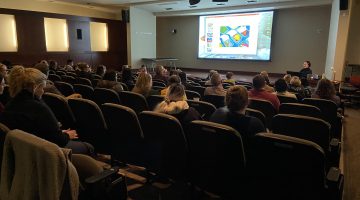 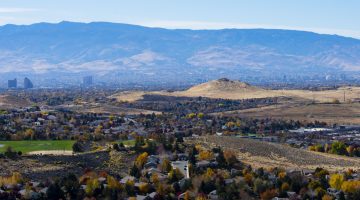