Nevada chose to legalize recreational marijuana on election night and Reno city officials are taking steps to prepare for when the law comes into effect on Jan. 1. City officials announced they will stop prosecuting small marijuana possession cases, however the rest of the state remains torn over whether or not to follow Reno’s decision.

With Reno City Attorney Karl Hall’s statement that he will no longer be pursuing marijuana possession citations, Reno follows closely behind Clark County. The Clark County District Attorney’s office announced last Tuesday, Nov. 15, that they will no longer be prosecuting small marijuana possession cases. They said given the imminent change in the law coming January, the change had to be made.

Tim Broadway, the spokesperson for the Reno Police Department, told the Reno Gazette-Journal that the police department would follow the direction of the city attorney’s office.

“This means a lot for young people because we’re the ones who get in trouble for these small petty crimes,” said Matthew Keyser, a University of Nevada, Reno, student. “I completely agree with decriminalizing small possessions of marijuana because it saves time and energy and money and we voted to pass the law anyway that will come into effect in two months.”

Though Reno has followed suit behind Clark County to make changes for the incoming law, Sparks City Attorney Chet Adams told the RGJ that he would still prosecute small possession cases until the law comes into effect in January. Sparks Police also said they would proceed with the same enforcement they had in place before.

“The people of Nevada voted to completely legalize marijuana,” said UNR student Jeff Sorensen. “I think it is sending mixed messages to have half of the state saying it is okay to have a little bit of marijuana on you and the rest prosecuting these small possession crimes, especially since Reno and Sparks are so close together. I think that should be looked into more on the Sparks end.”

“I voted yes on Question 2, but I see where they are coming from by saying they can’t change the law they have in place now,” said Casey Bentwell, a student at UNR and long-time Nevada resident. “The law is the law until it is changed. I think right now it is just a bunch of over-eager people who want to smoke pot before it is legal.”

Under Nevada’s current law, a person possessing an ounce or less of marijuana is guilty of a misdemeanor. The misdemeanor is punishable by a fine of $600 or treatment. A second offense leads to a fine of $1,000 dollars or a treatment program. An individual’s third offense will result in a gross misdemeanor, a fourth is a category E felony and up to four years in prison.

In Las Vegas, Clark County District Attorney Steve Wolfson told the Las Vegas Review-Journal that his office would suspend the prosecution of cases. The suspension would also apply to pending cases of adults 21 or older being charged with possession of less than an ounce of marijuana.

However, North Las Vegas, Henderson and the Metropolitan police departments said they would all continue with the current laws enforcing the prosecution of any possession of marijuana.

“Instead of chasing marijuana users, members of law enforcement will now be able to spend their time preventing and investigating serious crimes that actually harm people,” said Coalition to Regulate Marijuana like Alcohol spokesperson Joe Brezny in a statement. “As we move forward, we look forward to working with legislators and regulators to ensure that this system is regulated in a manner that benefits consumers and enhances public health.”

Brezny also told the RGJ that he was happy with the decisions of Wolfson and Hall and did not understand why the rest of the state does not follow in their footsteps.

Rachel Spacek can be reached at rspacek@sagebrush.unr.edu and on Twitter @NevadaSagebrush

Previous post There are many reasons that you should, right now, run out and go see ‘Fantastic Beasts and Where to find them’ 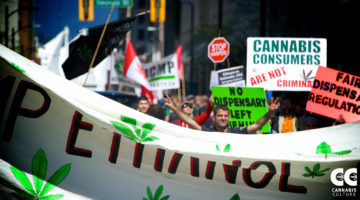 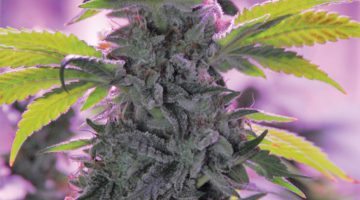 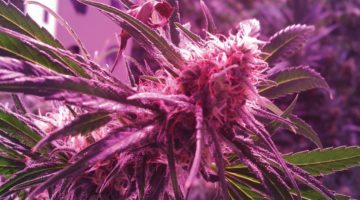