“I wish to restate as firmly as I can that abortion is a grave sin, since it puts an end to an innocent life,” Francis said in the letter.

Previously, abortions could only be forgiven by bishops or delegated to a priest by a bishop. Forgiveness can be given to women who receive and the health care workers who perform abortions.

Not all members of the church are happy with Francis’ decision and think it will trivialize the sin, according to the Associated Press.

President of the Movement for Life, Gian Luigi Gigli, told AP that women or health care workers who confess to abortion should be given volunteer work at the group’s centers that work to prevent abortion.

“Mercy cannot become a mere parenthesis in the life of the church; it constitutes her very existence,” Francis said.

Police officers in four different cities were shot on Sunday, Nov. 20, leaving other officers across the country on high alert. It appears most of the shootings were targeted and are considered ambushes.

Officers were shot in Sanibel, Florida; Gladstone, Missouri; St. Louis; and San Antonio, Texas, where a detective was killed outside the police headquarters.

A suspect was arrested in relation to Marconi’s death Monday afternoon.

The shooter in the St. Louis attack was killed by police in a shootout where one officer was shot. The officer is in critical condition but stable, according to the St. Louis Police Twitter account.

The officer in Sanibel was shot while working a traffic stop. The gunman shot the officer and drove to his neighborhood, where he was taken into custody after a shootout with the police. The officer was treated for his injuries and was released from the hospital.

In Gladstone a teen was pulled over for a traffic violation. After running from the officers, he resisted arrest and shot at them, injuring one. The officer was still in the hospital as of Monday morning.

A medical plane crashed and caught fire after taking off from the Elko Regional Airport on Friday, Nov. 18. The plane was carrying two medical crew members, a pilot and patient. All four were killed in the crash.

The plane was taking the patient to a Utah hospital for treatment for heart disease when it crashed.

The plane crashed into a parking lot where mine workers park their car before being transported by bus to the mining site. The workers had already left when the plane crashed.

The crash was caused by mechanical problems while the plane tried to get to altitude.

Next post Nevada Athletics Needs to Terminate the Football Program 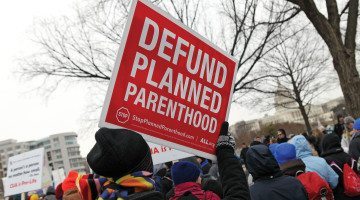