Sigma Nu Fraternity Inc. revoked the charter of the Delta Xi Chapter at the University of Nevada, Reno, due to chapter violations of the fraternity’s laws and policies, as well as the policies of UNR. The violated policies include alcohol and hazing-related violations that allegedly occurred during chapter activities.

The decision to revoke the chapter’s charter means that all activities and operations of the chapter will cease immediately, according to Brad Beacham, executive director of Sigma Nu Fraternity Inc.

“In keeping with our mission of developing ethical leaders for society, Sigma Nu Fraternity will not tolerate such violations of its law, policies and principles,” Beacham said.

Last month, UNR announced that it had decided to ban the fraternity from campus for the next 15 years. The announcement came after the Office of Student Conduct finished its investigation of Sigma Nu’s Delta Xi chapter. In its investigation, the Office of Student Conduct found that the chapter violated the school’s alcohol policy and the codes of conduct.

In the university’s decision to suspend the fraternity, it gave the national leaders of the fraternity until the end of December to appeal the suspension. However, the national fraternity conducted their own investigation before releasing a statement on Jan. 10, saying they would revoke the chapter’s charter.

The investigation and eventual suspension of Sigma Nu followed the October death of a UNR student, Ryan Abele. Abele, 18, died at Renown Regional Medical Center 12 days after he fell down the basement staircase in the fraternity house.

Abele was rushed into surgery after the incident in order to stop the bleeding when a main artery in his brain ruptured.

After Abele’s death, University Police Services began an investigation into the fraternity and the death of Abele. The investigation was completed earlier this month.

“The series of events related to this death do not support probable cause for any felony or gross misdemeanor crime …” said University Police Chief Adam Garcia in a statement. “It is important to point out that the standard of proof required for a criminal charge is much higher than that required for an administrative action, such as the imposition of ‘loss of recognition.’”

Though university police did not find probable cause for a crime, university officials and Sigma Nu Inc. stand by their decisions to ban the fraternity from the campus.

“We are appreciative of our strong, historic relationship with the University of Nevada, Reno, and are working directly with University officials to resolve all matters related to the chapter’s status as a student organization,” Beacham said.

Next post Women’s March must be beginning of era, not end

We’re better than this, Nevada 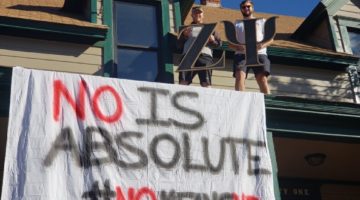 UNR must keep philanthropies out of war on Greek life 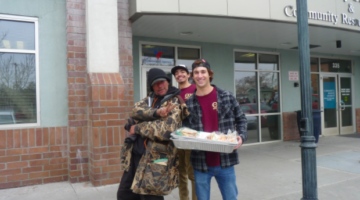