For most college students, the first time they stayed in a dorm room was the first semester of freshman year. However, Nevada Head Diving Coach Jian Li You didn’t lead a normal life by any means.

Nevada Head Diving Coach Jian Li You was born in Shanghai, China, where she resided for 14 fruitful years. At eight years old You became the first person in her family to be picked by her country to be an athlete.

“In China they pick you. It’s not like you choose diving,” You said.

From eight to 14 You trained tirelessly to improve. At such an impressionable age, You only saw her family once a week, the rest of which she’d stay at her dorm for training. Soon enough once a week turned into once a year, as she made her move to Beijing at 14 after selection by China’s higher level diving team.

“I missed them (her family),” You said. “But we were training eight to 10 hours a day, so you really don’t have time to think about it.”

You quickly became a household name in China, rising through the ranks with a swiftness as she earned the title of Chinese National Champion in the 1-meter and 3-meter springboard. In addition to those accolades You was also the upper echelon of divers on platform for five years, from 1976 to 1980. But it’s not as if diving in China didn’t come with its challenges.

When asked what the hardest thing was to overcome at her meets You answered “the pressure.”

“In China it’s really different from here, said You.” “Every meet you go to they tell you, ‘you have to do good. You can’t miss it.’”

Even with the large amounts of pressure, You still persevered. In 1980, You was named to the Chinese Olympic team and ranked No. 1 in the world on the 1-meter board.

Even with all of the fame and glory that came with being a star studded athlete, You stayed humble.

“I really don’t care about the fame or making big money,” You said.

With You’s already decorated diving career one would figure she didn’t need someone to look up to anymore. Quite the contrary because just as any other person she too had a role model in the diving community. You looked up to American Diver Greg Louganis and were supposed to meet him at the 1980 summer Olympic games in Moscow, had the United States along with 65 other countries not boycotted the event. But both teams had friendly meets with one another, so You did get to meet her hero.

“So exciting to see him because this is my hero,” said You. “This is what I’m looking to be. I want to be like him. All Chinese divers in my generation were like that.”

Usually upon meeting someone so vital to one’s life purpose, people either experience a peak like effect and give in from there, or become even more inspired than before. You embodied the latter, using this meeting as fuel. While her diving career did come to an end shortly after, her trophy case continued to expand for years to come.

In 1995 You finally made the move from China to the United States, when she was offered the opportunity of a lifetime to help coach the 1996 Olympic diving team.

You’s debut as a US Olympic coach ensured she’d have a coaching job somewhere in the country. But where to choose?

After being recruited by ex-Nevada swim and dive head coach Mike Anderson, You found herself at a school that knew little to nothing about diving.

“When I got here I only had two divers and they didn’t know anything,” said You. “It was really amateur. I didn’t recruit them, they just came and dived for the team. First thing, I straightened up how to train. Swimming and diving are different and they had a tough time transitioning.”

Nevada’s swimming-only culture changed with a quickness as You coached three WAC Divers of the year; Christie Butler 2001, Kate Oinessin 2002 and Grace Huang 2012. You also helped Coach Krysta Palmer to qualify for the 2016 Olympic Trials eventually helping Palmer land a spot on team USA. Most recently she worked with Sharae Zheng to sweep all three diving competitions at the 2017 MW Championships. In just two decades You transformed Nevada into a revered diving school.

You changed the nature of diving at Nevada by making her divers work hard and understand what the sport is truly about.

“I just tell them that diving is a beauty of events,” said You. “There are a lot of coaches that don’t pay attention to that part. To me that’s the priority. The beauty of it.”

Along with the beauty that is required in performing a dive, You also understands how to split her time between being a drill sergeant and a best friend.

While coach You is the team’s diving coach, she also understands there is more to diver development than diving itself.

“I want them first, to become good students and good people,” said You. “I always tell them your school is first, then your person. You have to be a good person to be a good athlete.”

Even though You does care about developing her divers holistically, she is also extremely tough on them.

“All my kids who graduate say ‘Jian Li you’re so tough, but I did it and It was worth it,’” You said. “When you move on with life the discipline is useful.”

Nevada diving coach Jian Li You continues to be the benchmark for diving coaches around the world. With eight conference diving coaches of the year under her belt, the work ethic she learned at a young age has made her one of the most winningest coaches in diving history. However, You’s winning is not solely in the pool by medals, but in the hearts and minds of her divers through discipline and compassion.

Next post Hispanic Heritage Month celebrated with series of fiestas

Nevada student-athletes of the decade 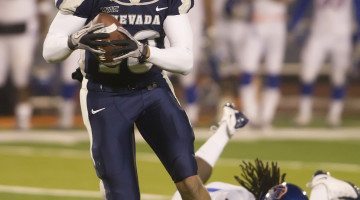 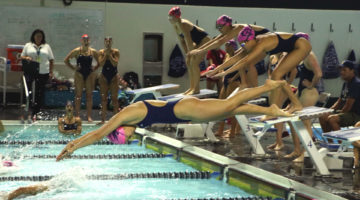 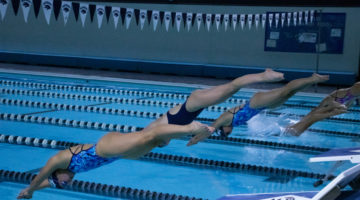