The story of September 11 is one that has been seared into the collective American unconscious through a number of mediums: our own memory (if you’re of a certain age), the raw news footage of the planes disappearing into the towers, countless movies and documentaries that recount the horror and even living monuments like the Freedom Tower, which stands where the World Trade Center once did. And yet, while we’re almost all familiar with the sequence of events and how they unfolded on that one day over 16 years ago, the prologue to 9/11 has remained largely unexplored within the mainstream.

Hulu’s new ten-episode miniseries “The Looming Tower”, adapted from Lawrence Wright’s book of the same name, seeks to shine a light on the several-years-long game of cat and mouse between United States intelligence and al-Qaeda, which culminated in America’s new Day of Infamy.

More immediate than the battle of wits between Osama bin Laden and the U.S. government is the domestic conflict between the CIA and the FBI. Jeff Daniels plays John O’Neill, the Bureau’s Special Agent in Charge of counter-terrorism, whose main adversary is Peter Sarsgaard’s Martin Schmidt, who serves as a composite for a number of CIA higher-ups. The character of O’Neill highlights the human side of intelligence — he drinks, has mistresses, and is engulfed in a crisis of faith. These flaws, however, are what make him ultimately wiser than his CIA counterpart. Schmidt, who Sarsgaard gives a smug sense of erudition and arrogance, provides a trigger-happy antithesis to O’Neill’s cautious approach. Whereas Schmidt will have eyes on bin Laden and seek immediate authorization to take him out, O’Neill warns of the effects martyrdom will have on al-Qaeda recruitment.

The series’ first four episodes primarily chronicle bin Laden’s 1998 fatwa against the United States, bin Laden’s interview with John Miller on ABC and the subsequent bombing of the U.S. embassy in Kenya the same year. It unfolds a gradual history that with each passing episode helps you to understand (from a distance) the psychology and motivation behind the most heinous attack in recent American history.

One of the series’ greatest achievements is that it’s able to draw a distinction between Islam and the militant fundamentalism that spread like wildfire following the 1979 Revolution in Iran, the Soviet-Afghan War and the Gulf War. O’Neill’s right-hand man is a young, Lebanese-born agent named Ali Soufan, played by Tahar Rahim. It’s no easy task to walk that tightrope, but “The Looming Tower” pulls it off by juxtaposing al-Qaeda’s extremism with Soufan’s disgust for the twisted ideology of those he’s trying to apprehend, at one point telling an al-Qaeda agent in London to “shut the fuck up” in Arabic after hearing the agent mutter something in his native language.

Just as importantly, the show is not afraid to portray U.S. intelligence, particularly the CIA, in a negative light. The CIA has long been sensitive to their depiction in films like “Zero Dark Thirty”, which highlighted some of their ruthless interrogation tactics, and “The Looming Tower” certainly doesn’t take it easy on them. In some ways, it’s painted as opportunist, using the Monica Lewinski scandal as cover for the bombing of an al-Qaeda training camp that included plenty of collateral damage. It’s a harsh, but fair look at counter-terrorism in the modern age.

Unlike the way most streaming services release new programs, Hulu has been releasing one episode of “The Looming Tower” per week, making each new installment available to watch every Wednesday at 9 p.m. It’s a bit frustrating since we’ve been conditioned toward instant TV gratification in the Netflix age, but it’s almost refreshing to step back after every new episode, reflect on what you saw, and wonder what happens next. Let “The Looming Tower” fill you in on some crucial details surrounding 9/11 that every American should familiarize themselves with.

Previous post Review: Lil Yachty grows up for the worse on 'Lil Boat 2' 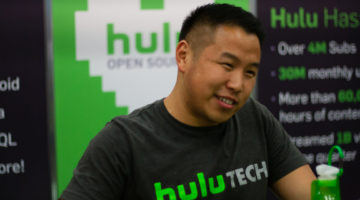 Why streaming television, movie sites lack what once made them special 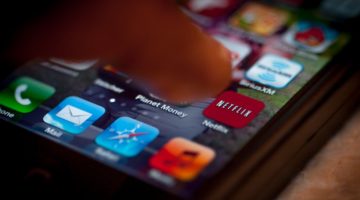