Last week head coach Jay Norvell and the Nevada Wolf Pack football team opened their spring practice sessions. Saturday, March 31, was the third of the overall 15 practices the team will have. The Pack has three-hour practices every Tuesday, Thursday and Saturday for the next few weeks that will conclude with the annual Silver & Blue scrimmage on Saturday, April 28, at Mackay Stadium.

For the offense, the goal is to improve upon the success they enjoyed in the first season under Jay Norvell’s Air Raid offense. Ty Gangi is the absolute No. 1 quarterback on the depth chart, while the offense has eight returning starters including last year’s standout receiver McLane Mannix and Brendan O’Leary-Orange on the opposite side of the offense.

On the defensive side of the ball there is plenty of change. Although there are six returning starters, there have been a number of adjustments from position to position. Malik Reed, the spearhead of the defense, will change to the outside linebacker position after spending his entire career as a defensive lineman, and the shift of Justin Brent from wide receiver to safety. Brent was most recently part of Nevada basketball’s Sweet 16 run in the NCAA tournament.

Many other players have changed positions since the end of last season and according to Norvell, the aim is to improve the defense by adding competition. The moves were also made to add depth to the secondary, which has been depleted since the departures of Brandon Brooks and Kevin Howell, Vosean Crumbie’s move to the professional ranks and the dismissal of Elijah Moody. Asauni Rufus is still rehabbing the broken leg he suffered toward the end of last season.

Nevada also hired David Lockwood as the new safeties coach. Lockwood was at UNLV last season, and now reunites with defensive coordinator Jeff Casteel, who he worked with at Arizona and West Virginia.

There is one more new face on the sideline at this year’s camp. Angus McClure is the new assistant head coach and offensive line coach. McClure is also known for great recruiting skills and previously coached alongside Norvell at Nebraska and UCLA.

Spring Practices may not show any statistical improvements but the atmosphere of this year’s practices does not feel like one of a team that went 3-9 last season. Norvell’s gritty mentality seems to have made an impact with this year’s players as compared to last.

At the conclusion of the practices, the Wolf Pack will have a few weeks off before its summer camp which then leads to fall camp. Nevada’s season opens at home, kicking off its self-proclaimed “best home schedule in school history,” with a game against Portland State on Saturday, Sept. 1, at Mackay Stadium. 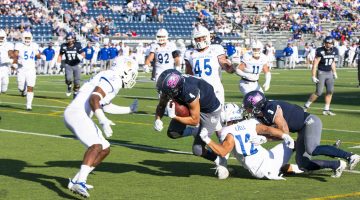 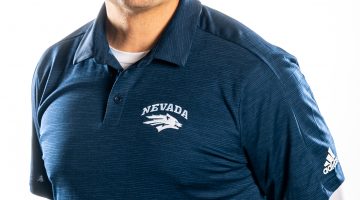 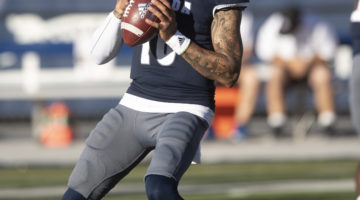