Common misconceptions about the meat-free diet

After being a vegetarian for more than two years, I’ve learned a few things. First, being a vegetarian is hard and takes diligence but is worth it in the long run for some people. Second, a lot of people have a lot of things to say about it and think they know everything about this diet when they have never once tried it themselves.

That being said, I’m not a nutritionist, and these opinions are my own. However, I do feel as though I’ve learned enough to debunk some common misconceptions about meat-free diets.

Trader Joe’s Seasonings That Will Spice Up Your Life 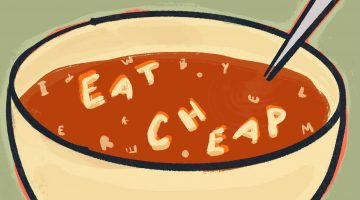 Surviving an Eating Disorder in a Pandemic