The Nevada State Legislature plans to revise provisions regarding the minimum wage from $7.25-$8.25 per hour to $11-$12 per hour with State Bill AB456.

The minimum wage in Nevada will increase by $3.75 in the next four years if the bill passes.

Introduced to the legislature Thursday, March 25, the bill is currently sponsored by the Assembly Committee on Commerce and Labor and was granted a waiver on Friday, April 12.

Minimum wage is the least amount of pay employers are required to give to their employees. The federal minimum wage is currently $7.25.

J.D. Klippenstein, the executive director of Acting in Community Together Northern Nevada wrote a letter to the Assembly Committee on Commerce and Labor in support of AB456.

“We must raise the minimum wage if we want to address our state’s affordable housing crisis,” Klippenstein said in the letter. “Let me be clear, we do not believe that a $12 minimum wage by 2024 is enough, but we think it is a good starting point. This bill and this important conversation must continue to move forward. We cannot wait to act. The well-being of thousands of Nevadan families hangs in the balance.”

Mac Porter, the chief operating officer of Nevada Casino Holdings, LLC wrote a letter to the Assembly Committee on Commerce and Labor in opposition of AB456.

“The last time tip credit minimums increased, the impact to our gaming company was close to $300,000,” Porter said. “We were barely making a profit having just pulled the company out of another operator’s bankruptcy. Taking that cost increase, plus the increases in medical costs, energy costs, property taxes, interest rate increases, year after year will cause ongoing increased menu prices that will put our restaurants a competitive disadvantage and force folks to choose lower-priced alternatives or simply eat out less often.”

Previous Governor, Brian Sandoval vetoed a bill similar to AB456, which was called SB106. If SB106 passed in 2017, the bill was expected to increase the minimum wage by 75 cents annually until 2022.

“…[I]t should be noted that opposition to the provisions to SB106 was expressed by a number of concerned stakeholder groups,” Sandoval said in his veto message. “The bill is opposed by, among others, national organizations such as the National Federal of Independent Business and Americans for Prosperity, as well as all of Nevada’s chambers of commerce and other local, private business owners. These concerns are valid and should be considered in evaluating the merits and impacts of raising the minimum wage in Nevada.”

In 2019, nineteen states across the country will increase their minimum wage requirements for workers, according to Paycor. This includes Arizona, California, Colorado, Delaware, Washington D.C., Maine, Massachusetts, New York, Oregon and Washington. Washington D.C. pays employees the highest minimum wage in the U.S. with a minimum of $13.25 an hour. The states with the lowest minimum wage are Georgia and Wyoming, which pays employees a minimum of $5.15 an hour.
The Bureau of Labor Statistic found 48.2 percent of minimum wage earners are between ages 16 to 24 and 22 percent are between ages 25-34.

Taylor Johnson can be reached at tkjohnson@sagebrush.unr.edu or on Twitter @NevadaSagebrush. 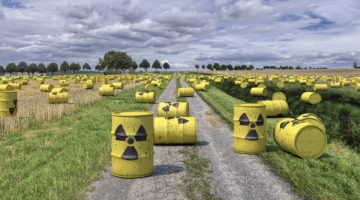 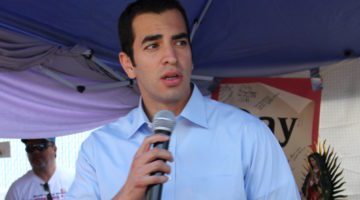