The university had the highest reported alumni salary at $84,700 compared to the other universities. They also received points because students at the University of Nevada, Reno can pursue an online Registered Nursing program to Bachelor of Science in Nursing and 15 different online master’s programs.

The best online college rankings include four national rankings and 47 by-state rankings. Approximately 1,943 colleges and universities were researched by the organizations. The rankings aimed to highlight online colleges which provides the best return on investments. SR Education Group created the rankings based on median mid-career salary data, tuition rates and degree offerings.

Founded in 2004, SR Education Group is an education research publisher. The group annually publishes their rankings of the best online colleges. The company’s mission is to create an authoritative online resources for students seeking an online education program that best suits their budget and career aspirations.

“In our 10th year of publishing college rankings, we are proud to lead the way in offering the most accurate, comprehensive, and accessible rankings for online students,” said CEO of SR Education Group, Sung Rhee in a press release. “We know that program costs and return on investment are two objective, important factors to current students. This is why we have spent the past year researching over 1,900 schools to highlight the best online colleges of 2020.”

Previous post What you need to know: California 2019 wildfires 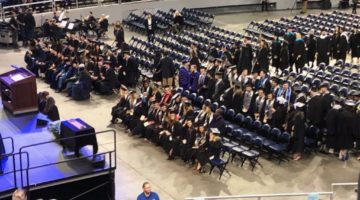