Pack Provisions hosted their fundraiser, Giving Tuesday, to raise support and awareness to food insecurity on campus on Jan. 21.

Their goal was $22,000 for the reported 22 percent of students that have expressed food insecurity on campus. Pack Provisions surpassed their goal and raised $37,278.

“We ended up raising more than $37,000 from all different types of donors from all across the country,” said Director of Pack Provisions Wei Deng. “And these weren’t large size donations by any means. It was a lot of small-sized donations that really just added up into $37,000 and we’re really proud of that…it was a really successful campaign.”

Pack Provisions is a resource pantry available for the university’s students. They also provide clothing, hygiene products and school supplies.

According to Deng, the numbers for reported food insecurity on campus remained stagnant over the past few years, even though the number of visits to the pantry increased.

A survey conducted by Hope 4 College in April 2019, of the 86,000 students that responded, 45 percent express food insecurity.

Pack Provisions urges students to educate themselves on topics such as food insecurity by getting involved with the campus community.

“I think just having conversations with ASUN staff, ASUN representatives, their senators,” Deng said. “These representatives all know about the issue of food insecurity on campus and they know that resources like Pack Provisions are there to help them should they find themselves in a food-insecure position.”

Deng stated anyone could potentially find themselves in an unstable position with food at some point during their college career. He also said no one should have to choose between finding something to eat and pursuing their education.

“We accept all volunteers of all shapes and sizes any students,” he said. “They can volunteer as many hours as they’d like or as few hours as they’d like and we allow that option because as for us we need a lot of help but we want to give the opportunity for students to not only learn about food insecurity on campus but also help in any way they can.”

Pack Provisions is an ASUN funded organization which means a portion of students’ tuition goes towards supporting the pantry. Deng stated it is within students’ best interest to not only utilize the resource pantry but other facilities on campus as well. 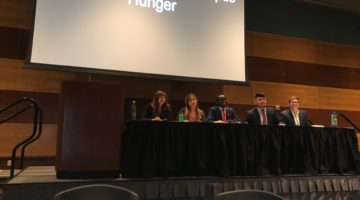 Resources offered to the homeless community of Reno 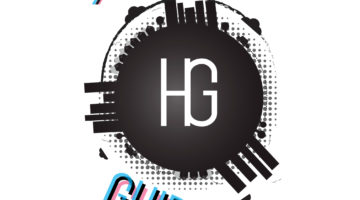 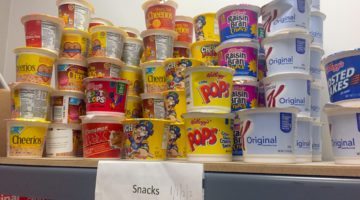