The panel only presented one pre-prepared question by the moderator before opening to questions from the audience shortly after.

Young, an employee of the Center for Student Engagement, offered her perspective on the ways to expand the university’s efforts in inclusion and diversity. She wants to focus on proactive change rather than reacting to events which have already passed.

“Personally, as a student and as a professional, we looked at policies, the accessibility of certain things, but it was when something occurred,” Young said. “Diversity and inclusion and equity should be in all of our forefronts, in all of our departments and minds, and it shouldn’t just be something based solely on The Center or the Office of Diversity and Inclusion.”

A student raised the issue regarding under-priviliged and marginalized students feeling unsafe and unheard, and how the student body can empower said students to feel included and how the administration can include them in the process.

“I think about this all the time, because I hear about this all the time…a lot of people question how do we really ensure safety on campus,” De La Hoya-Velez said in response to the student. “I really don’t know, I think that for us that do activism, there should be more encouragement of doing activism and doing advocacy.”

De La Hoya-Velez expressed frustration with the feeling that student activists are being restricted and silenced by administrative policies.

“I’m sure we’re all aware of the events that happened in October, there was a lot of effort against those events,” De La Hoya-Veleze said, referring to Turning Point USA founder Charlie Kirk’s campus event hosted on Monday, Oct. 7, 2019 and the student protests regarding his presence.

De La Hoya-Veleze is also a member and officer of the Young Feminist organization, which was involved in the protests.

“My group in particular tried to do it in a way that would be within policy, and then we were told it wasn’t in policy, even though that policy was never pushed on any other group prior to us,” she said. “ And then the same thing this past Saturday, I was talking about politics in one of the dorms, and the police were called on me.Then there were five cop cars that showed up, and then they were saying it was against policy.”

Another student called attention to the lack of a student presence at the event, despite many undergraduates being affected by the issues at hand or simply not engaging in dialogues about them. The student asked the panel where the discussions should start, and how each facet of the university could be a part of them.

Dr. Cross, of the College of Engineering, expressed her belief that these types of conversations need to be facilitated.

“Because you have people with different knowledge bases, different experiences,” Cross said, responding to the student. “And so you need someone who can manage a difficult conversation or a conflict that may arise during that conversation.”

Cross elaborated on how she wants to see facilitated training sessions for various levels of administration, faculty and students, to introduce these discussions to the campus and then guide them.

In response to a student question regarding free speech issues on campus, President Johnson recalled an experience where two students requested that an anti-abortion speaker, who was presenting graphic photographs of unborn fetuses and spouting anti-LGBTQ rhetoric, be removed from campus.

President Johnson said because of the university’s status as an open and public space, he could not remove them. President Johnson compared this to the Charlie Kirk event in October, where a student group had invited Kirk—which is within the rights of student groups to do— and the administration controlled the time and location of the event.

“It’s an opportunity for us to hear different voices, it’s our opportunity to confront and challenge those voices,” President Johnson said. “To understand the premises and the data…so it’s an educational opportunity.”

The Nevada Sagebrush posed the question to President Johnson on what efforts the university takes to investigate whether or not speakers on campus are no longer protected by the First Amendment.

“People can raise these issues, and we have a group of attorneys,” Johnson said in response. “So if something does border on creating chaos or creating danger…then that is illegal, that’s not part of free speech…What we have to learn here is that free speech is pretty open.”

Johnson compared free speech to free market economies. Johnson believes both are imperfect mechanisms that can harm people, but they are often useful.

“In our educational environment here, we have to learn how to use the tool of speech to build each other up, to respect and to understand.” Johnson said. “Our purpose here is to learn from different ideas…so if it gets all the way down to the legalistic issue of someone really crossing the line and causing physical danger, we will have attorneys involved in that.”

In a closing statement, Cross expressed admiration for students expressing ideas about organizing on-campus debates between various perspectives, and for those who consider the limits of free speech. Cross believes this is the core purpose of higher learning institutions.

“You have the right to pursue that, to challenge what is our current understanding of free speech. Does it need to change, does it need to be updated? And this is the place you’re supposed to be doing that,” Cross finished, “And collectively we can all start to evaluate, where do I sit on this issue? Why do I sit where I sit? What can I learn from someone who is different from myself about this issue?”

Matt Cotter can be reached at tkjohnson@sagebrush.unr.edu or on Twitter @Nevada Sagebrush

Next post Netflix to bring back many classic movies in February 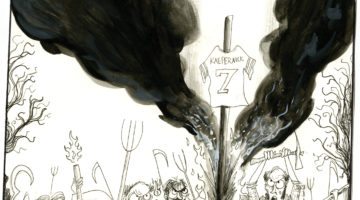