Isaac Hoops / Nevada Sagebrush
Chief James stands in front of the Police Services building on campus on Sept. 15. As a part of his future plans, he announced that he will be making an effort to engage with students.

Aside from his plans to install new security cameras on campus, James’ next move is for himself and other officers to make a connection with the students of each institution they patrol, such as Western Nevada College, Truckee Meadows Community College and Great Basin College.

“Part of making that connection is understanding that each campus is different with their own needs and concerns,” said James. “If we create that relationship, students are much more likely to come to us and tell us about things that occurred.”

In the past, UNRPD is reported to have had a poor relationship with students of color on campus. When asked about how he is going to foster and improve that relationship, James said he is relying on ASUN to spread their resources.

“I had a conversation with a Senator the other day about this exact issue and part of it is us going to them,” said James. “I told [the senator] to gather the constituents who they feel will benefit from this conversation and we’ll sit down and we’ll do this.”

This is not the only approach he is choosing to take—he said his outreach to students of color is more multifaceted.

“I do not know what they do not tell me. I don’t know how people feel if they don’t communicate with me and tell how they feel,” said James. “It is not about what I am going to do, it is about what we are going to do. Listen to people, learn from them, and then serve them. We serve people, that is our job.”

UNRPD’s controversial past and their questionable relationship with students of color on campus has been reported on in the past.

One occasion included the consistent profiling of a student who identifies as Black, by UNRPD whilst doing mundane activities on campus. In addition, a former UNRPD officer, Antonio Gutierrez dressed up in a racist portrayal of Colin Kaepernick for Halloween.

Another part of James’ multifaceted approach is for the students to see the officers out of uniform and actively participating in the campus community. James makes the effort when he teaches crossfit at Wiegand Fitness Center.

“The students are men, women, black, white, straight, LGBTQ+, all of it. Seeing that side of it makes a big difference,” James said.

James pointed to a sign in his office that says “outstanding efforts versus everyday behaviors,” and encouraged others to focus on the positive rather than the negative. This is a saying that he lives by and wants the community to start doing as well.

“There are everyday efforts that are not only done by peace officers but also the students, faculty and staff,” said James.

James claimed on two occasions that there is a survey distributed to the UNR community that gives insight to the positive experiences people have had with UNRPD.

“It was about 78 percent satisfied, mostly satisfied with the police,” said James. “…then you had about 8 percent who were on that don’t trust, certainly would not call the police.

The survey was conducted by Lauren Barrera, a senior Criminal Justice major, for the Undergraduate Research Program and was advised by Emmanuel Barthe for the duration of her research. The original purpose of the study and survey was to gauge students’ fear of property crime versus personal crime on campus.

Most questions were in regards to how safe students felt on campus and if any property or personal crime had happened. Although James continuously cited the question that reads “[h]ow would you rate your overall experience(s)?” This is in regards to UNRPD.

The survey was distributed and taken by over 1700 members of the university community. Sixty-five percent identified as white, with the remaining respondents identifying as people of color.

“I worked every single week with Dr. Barthe and Chief Renwick on the project, and we would do every single step of it,” said Barrera. “…I haven’t really talked to Chief James…I just haven’t gone down there to talk to him.”

Within the research article, there was a free-response section where respondents could record what they would like to see to feel safer on campus. Barrera noticed that there was an “overwhelming” amount of people wanting to see UNRPD involved more on campus, among others.

Some negative responses were about lack of responsiveness or traffic violations. Some more serious responses were recorded claiming “showboating” from officers and inappropriate comments.

“Went in to report an assault that happened across the street from campus and was told this was out of UNR PD jurisdiction,” claimed one of the respondents. “Was then asked by the officer if I believed in God and that perhaps this was an obstacle put by god for me to overcome.”

All responses are anonymous.

Emerson Drewes can be reached via email at andrewmendez@sagebrush.unr.edu or via Twitter @NevadaSagebrush.

Next post Nevada basketball is victorious in first exhibition

Emerson Drewes (she, her, hers) is a second-year student at the University of Nevada, Reno currently majoring in Journalism with a minor in Communications. Before becoming an editor for the Sagebrush in the Fall of 2021, Drewes worked as a volunteer. Drewes’ work at the Sagebrush has led her to many professional internships. Currently, Drewes is interning at the National Judicial College for marketing and communications. During the Summer ‘22, Drewes will be interning at the Las Vegas Review Journal in their business and metro section. After college she hopes to become an editor for a newspaper or magazine. She can be reached via email at edrewes@sagebrush.unr.edu or on Twitter @EmersonDrewes.

Photo gallery: The Downunder Cafe gets a remodel, new name 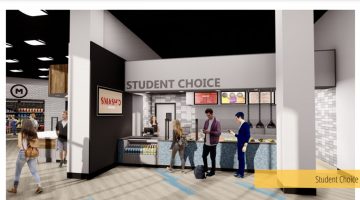 The Downunder Cafe gets a remodel, new name

Aspen and the Advocate: How a woman and a dog are making victim’s lives easier at UNR 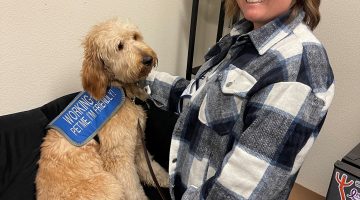