“Uncharted” Finally Hits the Big Screen with Some A-List Actors

In a dream world, your favorite video game can become real life. In this world, fans get to see the popular video games series “Uncharted” on a bigger screen with real actors. It may just be a dream come true for video gamers.

They are troubled teens under the care of nuns in an orphanage in New York City. The two boys get caught trying to steal the first map made after the Magellan expedition in a museum. The orphanage, as well as law enforcement, is upset with Sam since it is not his first time getting in trouble for something of this nature.

Because of his previous trouble, he runs away before they can come for him and put him away. Sam promises to see his brother again and leaves him with a ring that holds the inscription, “Sic Parvis Magna.”

The story shifts fifteen years into the future where we see Nathan Drake working as a bartender in New York City. He is still up to his old schemes and tricks stealing from his customers without them noticing and whatnot.

Victor “Sully” Sullivan, played by Mark Wahlberg, a thief himself, takes notice of his skill and lures him into being his partner in crime. Sully happened to have worked with Nate’s brother before, attempting to attain the treasures hidden by Magellan’s crew.

Sully informs Nate that Sam had disappeared after aiding him steal the diary of Juan Sebastian Elcanto. Nate had received some postcards from Sam over the years and believed he was still out there and thus agreed to team up with him to search for his brother. And possibly for some riches too.

They make their way to an exclusive auction that includes a golden cross linked to the voyage made by Magellan. At the event they pretend to be on the list of attendees and run into competition for the item that they plan to steal. Santiago Moncada, played by Antonio Banderas, bids on the cross and desires the historic piece because he is the last descendant of the Moncada family which had funded the expedition made by Magellan. Due to his family’s history, he thinks that the cross should be with him and belong to his family.

Nonetheless, Sully distracts the crowd at the auction, while Nathan Drake breaks into their security system, combats their security personnel and swings off the ceiling light fixtures into the crowd along with the golden cross. This sense of adventure and action is a pretty natural occurrence for Nathan in the video games.

The grand heist team gets away and flies to Barcelona, where they find Chloe Frazer portrayed by Sophia Ali, who had known Sully and had another golden cross. After some repercussions and a vast lack of trust she gives in and decides to join the team to find the treasure and seek out Sam.

We soon find that Moncada is a real threat to their mission and at one point, the audience gets a true portrayal of his evilness when he has his own father killed, when the father mentioned he was going to donate the family fortune to the church.

Because Moncada wants to inherit the family fortune, he hires Jo Braddock to kill his father before he gets the chance and from there, they race to find the treasure before Sully, Chloe and Nate.

Nate, Chloe and Sully follow along with the diary and discover the treasure is hidden underneath a church within the crypt. They follow through the booby-trapped crypt where they unlock a secret passage with the two golden crosses.

This is the most suspenseful scene throughout the film where we see Chloe, Nate and Sully work together while having to dodge dangerous traps within the creepy crypt. They also have to race against time to get the treasure before Moncada and his team led by Braddock. It is brilliantly portrayed and definitely gives the audience a feeling that they were actually there, experiencing the climax.

The team finds a map indicating the treasure location—the Philippines.

In a twist of events, Chloe betrays the two men by claiming that Sully is hiding something regarding Sam and steals the map. She takes it to Moncada and the audience discovers she was working for him the whole time.

Fortunately, Sully and Nate still have the journal.

This movie is filled with beautiful sites from the architecture of Barcelona, as well as great sites of tropical forests and ocean shots of the Philippines. This adventurous mystery is designed to pay homage to the Indiana Jones series alongside the video game franchise.

It can seem shocking to see Holland, the newest Spider-Man actor, stealing and conning people on the big screen, but he does a great job staying true to the character created by Sony for the popular video game series.

Although these characters are technically criminals and seemingly selfish, they are still more heroic and moral than the enemies that they are up against in this film. They give off the vibe of being vigilantes, which heroes like Batman and Robin Hood, is up to the audience to decide if their heroes.

Considering Moncada had his own father killed for money and sought even more fortune afterwards, it’s obvious his greed is all-consuming and has made him evil. He may be the only character in the film that cannot be saved.

Luckily, the protagonists of the film are not murderers and are good at heart. Both Sully and Nathan show that they care for one another—more so than the money—at the end of the film when they put each other’s lives first.

The acting within the film is very authentic and there is plenty of character development and depth for each of the stars—enough to feel truthful and keep an audience immersed throughout the film. The action is thrilling, with captivatingly believable scenes of combat.

Although there is plenty of action along with suspense, it is not a violent film nor are there multiple disturbing or concerning murders or injuries inflicted on any of the characters. This allows the movie to still be family-friendly.

Some of the writing for the film was a bit off.

They tried to keep a lighthearted tone throughout the film, to offset the harsh scenes executed perfectly by Banderas’ character Moncada perfectly.

However, sometimes when there are dramatic moments, the writing tries to keep it light and fast-paced by making Nate come off as whiney and immature. He does this supposedly because he still lacks trust in Sully’s character but it doesn’t quite feel like normal dialogue for the point they are trying to get across. It is almost formulaic and a forced way of adding conflict between the two characters randomly.

Unfortunately, as well, those who enjoy the original storyline of the video games don’t get to see as much character depth and screen time for Chloe. This almost makes it feel as though the production is putting female characters in the back of the plot to let the male characters get the spotlight. They also portrayed her more as a bad person, and she was deeply unlikeable, versus in the video game series she was more of a love interest for Nathan Drake.

The fans are hoping “Uncharted” will turn into a film series, but there is no indication yet for a second movie. The ending of the film however does set it up for the possibility of a sequel.

Even though many well-known characters from the video game did not get the attention and inclusion that they deserved, towards the end of the film Sully and Nathan worked perfectly together and assumed a bond that the video game fans recognized rather quickly. Their onscreen bromance was everything the viewers hoped for.

Although this film is action packed and suspenseful, it is perfect to watch for a lighthearted evening. Holland and Wahlberg fans alike should not miss out on this exciting mystery and adventure.

Madison Wanco can be reached at jaedynyoung@sagebrush.unr.edu or on Twitter @NevadaSagebrush. 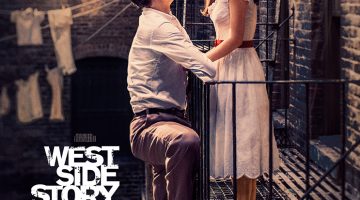