There’s something to be said for a sequel that actually delivers. It’s an unexpected breath of fresh air and a fleeting monument to Hollywood’s ability to occasionally get it right. But for every “The Empire Strikes Back” and “The Godfather Part II,” there’s plenty of unnecessary follow-ups like “Prometheus,” “Batman & Robin” and the Vince Vaughn dramatic exhibition that is the second season of HBO’s “True Detective.”

Upon careful examination and a decade of being subjected to the unholy spawn of the original “Transformers,” it appears the success or failure of a sequel can be distilled down to a few crucial factors, including how far the original premise will stretch, whether or not the original plot leaves anything to be desired, the time elapsed between the predecessor and successor and of course, basic filmmaking execution. Most sequels struggle to check even half of those boxes, but in the case of “Blade Runner 2049,” it’s a clean sweep.

In 1982, director Ridley Scott adapted Philip K. Dick’s science fiction novel “Do Androids Dream of Electric Sheep?” into a groundbreaking visual spectacle retitled “Blade Runner.” The original “Blade Runner” dazzled audiences with a dystopian 2019 Los Angeles that served as a backdrop for the philosophically-charged story of Rick Deckard (Harrison Ford), a blade runner tasked with “retiring” four artificial human beings (dubbed “replicants”) who have violently revolted against their slave masters. While “Blade Runner” explores some cerebral human themes like mortality, as well as more prescient ones like the threat of artificial intelligence, the story is resolved rather ambiguously, leaving the door open for a natural progression to a continuation 35 years in the making.

To explain how “Blade Runner 2049” gets it right, it’s worth starting at the top. Although Ridley Scott was credited as a producer, Denis Villeneuve, who has already proved his mastery with “Prisoners” and “Sicario,” took the reins as director. While Scott has earned a reputation as one of the better living directors thanks to other classics like “Alien” and “Thelma and Louise,” his filmography contains just as many (if not more) disappointing credits than impressive ones, especially in the last couple of decades. Villeneuve, as of now, can do no wrong, and he matches “Blade Runner’s” eerie atmosphere, creating a dirty, hyper-consumeristic Los Angeles that’s complete with arresting scenery and camera tricks that even our over-inundated minds can marvel at.

Likewise, Ryan Gosling takes over for Harrison Ford as the titular blade runner. Unlike Ford, Gosling’s character, Officer K, is himself a replicant, once again tasked with “retiring” (a euphemism for killing) a few of the rogue members of his own kind. It’s K’s process of self-discovery that saves “Blade Runner 2049” from becoming a procedural slog that feeds off of the nostalgia of the original, carrying over and expanding on the themes of consciousness, A.I., and digging into the question of what it is that makes us human.

Gosling’s supporting cast does more than hold its own, too. Ford reprises his role as Deckard, and in contrast to certain other high-profile sequels that shall not be named, he certainly doesn’t mail it in. In addition, Jared Leto, Robin Wright, Sylvia Hoeks and Ana de Armas all round out a crew of actors that give the movie life outside of its protagonist. And they’re all given a story that’s worth telling. The issue of artificial intelligence has crept its way into the mainstream, and “Blade Runner 2049” tackles it as well as other modern sci-fi classics like “Ex Machina.” However, it’s rare that one of these movies makes the artificial intelligence its main character, forcing the audience to place its own thoughts and feelings in a vessel that we’re not sure has any of its own. To put it simply: it works.

The ultimate irony of “Blade Runner 2049” is that it’s the exception to the trend of unnecessary sequels that Hollywood has pumped out, and yet it was a box office disappointment on its opening weekend. Is it surprising that a movie packed with as many philosophical underpinnings as action scenes and a run time of 2:43 didn’t make half the money that the latest “Fast and Furious” did? Not really, but if anything, it might ensure that this sharp and well-conceived installment becomes the last of the “Blade Runner” series. And given the neat bow that “2049” ties on the story of humans and replicants in dystopian L.A., that’s probably a good thing. 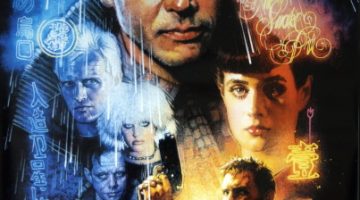