On Saturday, Typhoon Damrey made landfall in several parts of Vietnam and has since dissipated. However, The Vietnam Disaster Management Authority reported that widespread flooding has caused great destruction and multiple fatalities.

The Vietnam Disaster Management Authority said in a statement that more than 116,000 homes have been destroyed or damaged due to flooding. According to ABC News, 19 people have been reported missing, including nine crew members of cargo ships that sank off the coast of the Khanh Hoa province.

On Sunday, Devin Patrick Kelley, 26, walked into First Baptist Church in Sutherland Springs, Texas and opened fired on what would become the deadliest shooting in the state’s history. 26 people died, and about half were children.

CNN reports that as Kelley was exiting the church, an individual engaged with the gunman, causing Kelley to flee in his vehicle. The individual chased Kelley alongside another civilian until Kelley hit a stop sign and lost control. The police found Kelley with a self-inflicted gunshot wound to the head.

According to BuzzFeed News, Kelley served in logistics readiness at Holloman Air Force Base from 2010 to 2014. On Monday, The Air Force said it failed to alert federal authorities of Kelley’s 2012 domestic violence conviction against his wife and stepson.

The failure to report Kelley’s domestic violence conviction could have prevented him from purchasing the firearm he used on Sunday.

Wolf Pack basketball coach Eric Musselman has purchased 2,500 tickets to Saturday’s Nevada-San Jose State football game for Nevada’s local heroes. The gesture comes as a result of Veterans Day that will be observed on Saturday.

“Our family feels that it is extremely important to give back to the community of Northern Nevada, especially to those that have served in the military, our first responders, and teachers in the community,” Musselman said in a news release. “These individuals are the backbone of our community and it is an honor to recognize them for everything that they do for our community. It should be a great day for football Saturday afternoon – let’s all support the Wolf Pack. ”

To receive a free ticket, a first responder, military member, or teacher can call the Wolf Pack ticket office at 775-348-7225 while supplies last.

Previous post News You Can Use: How to achieve stress relief through meditation

Nevada sports news of the decade 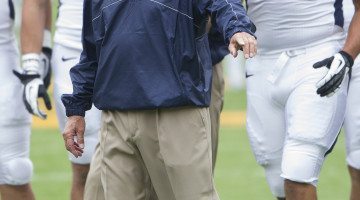 Musselman not in Arkansas, still strong candidate for job 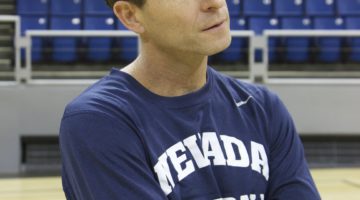