When director Paul Thomas Anderson and three-time Academy Award-winning actor Daniel Day-Lewis joined forces to make “There Will Be Blood” a full decade ago, two unlikely and yet perfectly-matched titans of the film industry came together in what felt like a once-in-a-lifetime occurrence. As it turns out, the stars can align more than once, as evidenced by the duo’s second and presumably final turn in “Phantom Thread.”

As an actor, Day-Lewis has been known to be obsessive, demanding and otherwise difficult. It may not have been a stretch for him to play Reynolds Woodcock, a prominent 1950s London-based fashion designer who shares many of the same qualities. Woodcock’s life of designing dresses for the foremost European socialites and royalty alongside his sister Cyril (Lesley Manville) is interrupted when a striking young waitress named Alma, played by Luxembourger actress Vicky Krieps, catches his eye and stokes his intrigue. Alma serves as both Woodcock’s girlfriend and muse — modeling, inspiring, and crafting dresses. However, the relationship turns sour when she becomes the third most important thing in Woodcock’s life behind his work and his sister.

Day-Lewis’ performance highlights the movie, just as it does every time he goes in front of the camera, but he doesn’t need to carry the entire movie like he did earlier in his career with movies like “The Last of the Mohicans” and “The Crucible.” His female co-stars prove more than worthy as counterparts to the painstakingly detailed and intense acting of the principle star of the movie. Manville works as a sort of buffer to Day-Lewis’ insatiable ego, the only person in his life capable of telling him ‘no’ and the only one able to raise all ships when the House of Woodcock comes crashing down. Krieps, as Alma, constantly toes the line between protagonist and antagonist. At one moment, she’s nursing him back to health and the next she’s plotting his downfall. The Woodcock character works so obsessively around the clock that the slightest disturbance can send him fluttering into a tailspin, and Alma (whether knowingly or unknowingly), becomes his greatest distraction.

“Phantom Thread” likely fits into the Paul Thomas Anderson catalog somewhere in between “The Master” and the aforementioned “There Will Be Blood” in terms of style and theme. Like most of his movies, beginning with “Boogie Nights,” “Phantom Thread” shows how relationships build and fall apart between desperate and opportunistic characters. Like in “Boogie Nights,” an established member of an isolated community extends their hand to an ordinary person living in the ordinary world and letting them into their complicated life. It’s not a question of whether things will fall apart (they always do), but whether or not they can be put back together.

By all accounts, this is the last time we’ll ever see Daniel Day-Lewis on screen. Given the difficulty of filming “Phantom Thread,” it’s almost a metaphysical lock that it’s the last time he’ll collaborate with Paul Thomas Anderson. And that’s really a massive loss. Like with Stanley Kubrick and Kirk Douglas, Steven Spielberg and Tom Hanks, or Martin Scorsese and Leonardo DiCaprio, Anderson and Day-Lewis will go down as, despite its brevity, one of the greatest director-actor pairings there ever was. Each half of the duo is so particular and so singular in their style that it makes you wonder how they could ever work together, but something clicked in each movie that yielded immensely watchable results. If “Phantom Thread” really does end up being the conclusion to Day-Lewis’ magnificent career, it’s a fitting end.

Previous post Government shutdown, yet again, an exercise in disfunction

Paul Thomas Anderson and Daniel Day-Lewis: A match made in movie heaven 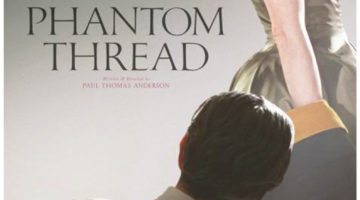