Review: John Krasinski shuts up in “A Quiet Place”

Woody Allen, Richard Linklater and Aaron Sorkin are all masters of dialogue. They create characters that speak their mind, talk circles around one another and often move the plot along with their words as opposed to their actions.

While good dialogue is a staple in many movies, it’s just as difficult, if not more so, to craft a story through visuals and non-verbals.

“A Quiet Place” does just that.

The Big Tuna, a.k.a. Jim Halpert, a.k.a. John Krasinski, starred, directed and co-wrote “A Quiet Place,” the story of a family in upstate New York living in complete silence a little over a year after a race of vicious predators began using their hypersensitive auditory capabilities to hunt down the people of Earth.

Here’s the good: Krasinski, in his directorial debut, establishes an atmosphere of solitude and paranoia bordering on despair. Like the characters in the movie, you’re holding your breath and taking extra care to watch out for any false step that might make a sound. It’s another post-apocalyptic setting, almost like Cormac McCarthy’s “The Road,” that proves that when life is stripped down to its most basic form — survival — family is the only thing worth going on for.

Technically, the movie does just about everything well. The sound design, which feels rather crucial in a movie like this, is top notch. You can hear the pitter-patter of every shoeless footstep and the faintest whisper from close distance. It’s not just necessary, it is the movie, and without it “A Quiet Place” just wouldn’t work.

The not-as-good: “A Quiet Place” lacks mystery. In the first 10 or so minutes of the movie, we’re shown the reason this family has gone silent. It’s not to say that the early reveal kills the tension for the rest of the movie, it doesn’t, but I couldn’t help but wonder what the remainder of the movie would have been like if the audience was left to spin their wheels and try to figure out what it was that reduced them to their quiet state. It’s a little bit of a trade off — on one hand we know what the stakes are, but on the other hand  the terror of not knowing is often worse than the monster itself.

Additionally, there are a couple of other holes in “A Quiet Place” that are caused more by the writing than the directing. For some baffling reason, the mother of the family (played by Krasinski’s real-life spouse Emily Blunt) is pregnant. Obviously pregnancy isn’t always intentional, but it seems a little short-sighted to add a little human noise machine into the mix when any sound that registers above maybe 20 decibels could get the whole family killed.

The ending, too, is somewhat derivative of alien movies like “Signs” or “War of the Worlds.” Again, it’s not something egregious enough to undermine the whole movie, but the tone of the last 10 minutes doesn’t quite match the previous 80.

All that said, “A Quiet Place” is an engaging way to spend an hour and a half on a Friday night (although it might end up being a better watch at home on Blu-Ray where the audience isn’t louder than the actual movie). Krasinski has proven himself a more than capable director within the genre, and while he probably won’t be up for any major awards like fellow actors-turned-directors Jordan Peele and Greta Gerwig, Tuna has definitely earned another go-round behind the camera.

So if you’re in the mood for a riveting, albeit imperfect, horror movie, shut up and go see “A Quiet Place.”

Next post News You Can Use: How to Protect Your Online Data

The monsters in “Us” are American

“Get Out” inspires scares, thought 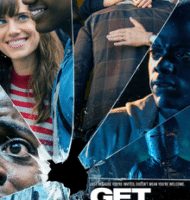