Growing up in Texas, Austin “Post Malone” Post pursued a career in metal music after discovering a knack for Guitar Hero. When he realized hip-hop was a more lucrative avenue, he braided his hair, headed to Los Angeles and became a superstar.

Back in November, Post said in an interview “If you’re looking for lyrics, if you’re looking to cry, if you’re looking to think about life, don’t listen to hip-hop[…]There’s great hip-hop songs where they talk about life and they spit that real shit, but right now, there’s not a lot of people talking that shit.” I suppose he has never heard of Kendrick Lamar, Killer Mike, Open Mike Eagle, Vince Staples, J. Cole, Chance the Rapper, Earl Sweatshirt, Danny Brown, Joey Bada$$ or Tyler the Creator. I digress.

“beerbongs and bentleys” bills itself as a rap album, but no traces of hip-hop appear throughout it besides the trap drums, 808s, rap features and misogyny. Mostly, it’s just Post singing raspy pop melodies over generic chord progressions. All of the vocals have too much reverb on them, in order to “geek out” stoned 17-year-olds when they listen, their neon Wiz Khalifa poster illuminating their game of Fortnite and can of NOS.

“Jonestown (Interlude)” is a bizarre, edgy detour referencing the massacre from 1978: “It happens every time/It sounds like suicide/I’m hesitant, but I guess I’ll drink the Kool-Aid once again.”

He glorifies drug use to kids without any commentary or self-awareness. On “rockstar” he sings “I’ve been fucking hoes and poppin pillies man I feel just like a rockstar.” On “Zack and Codeine” (yeah, I know) he sings “Gave that bitch a little blow and then she come alive.” On “Takin’ Shots” he sings “Drunk when I walked in the door, so fuckin’ high like, ‘Hello’/I told her pour me some more, then she went right for the blow (the blow)/30 more girls wanna roll, let’s get this bitch on the road (on the road).”

The album contains more than a few strange lyrics in relation to women, ranging from cringeworthy to disturbing. On “Spoil My Night” he sings “Then I spotted lil’ mama through the wall of jabronis/Point her out so I can bag her if they just bring her to me/I ain’t even see the face, but she got beautiful boobies (wow)”. On “Over Now” he sings “I’ma put that bitch pussy in a motherfucking body bag/So you know that I’m never ever coming back.”

He recruits G-Eazy (Gerald!) for “Same Bitches” about repeatedly running into ex-lovers. I do not care to think about either of them having sex, but here we are. On “Psycho” he sings, “Had so many bottles gave ugly girl a sip.” Really, Post? Don’t you think that’s sort of like the pot calling the kettle ugly? Maybe take a shower before throwing around that type of slander.

Songs like “Over Now” and “Better Now” have a rock feel. “Stay” has an indie folk feel. While appropriating black culture, he panders to white angst, the type of white people who really do beer bongs and dream about driving Bentleys and think barbed wire is cool. Every once in a nwhile, I will go on Facebook and see a white person share a video of Post Malone, a man with grills and face tattoos, with an acoustic guitar covering a Bob Dylan song with the caption “I usually don’t listen to rap, but I love Post Malone (insert heart-eyes emoji)”. Either Post does this all on purpose or he is completely naive to the whole thing. I’m not sure which is worse. Just like Miley Cyrus, when the hip-hop novelty wears off I’m sure he’ll make a country album or punk album or some bullshit.

The album references sweets several times: “Candy Paint,” “Sugar Wraith.” On “Zack and Codeine” he sings “Man, my life so sweet it feels like codeine.” It’s true: Listening to a Post Malone album is like every meal consisting of pixie sticks and smarties until your taste buds burn off, your teeth fall off and you die of diabetes.

The album spans over an hour. As I listened, I kept checking how many songs remained because I was so goddamn bored. I would say the album has too much filler, but the term “filler” implies there are substantial singles to support. “beerbongs and bentleys” is like a bag of Chex Mix exclusively comprised of breadsticks.

So anyway, Post Malone’s new album “beerbongs and bentleys” is out. But why am I telling you? I’m sure you’ll hear it a million times over the summer at every kickback you go to at the Highlands. 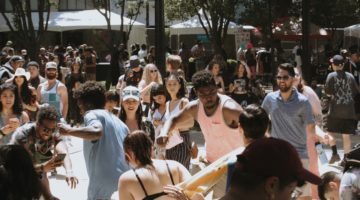 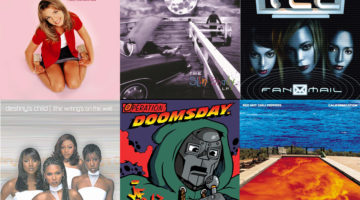 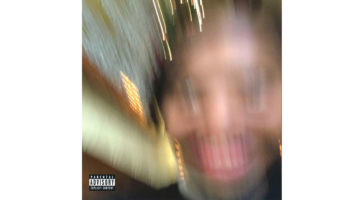