What makes pop music? Does it have to be popular, i.e., achieve mainstream success? Are terms like avant-pop or indie-pop oxymorons? Must all pop be instantly digestible? Should pop music require less thought or effort than other genres? Janelle Monae has raised these questions with her music for the past decade by including experimental elements of R&B, funk, soul and hip-hop into her pop music.

Monae released two critically acclaimed albums, 2010’s “The ArchAndroid” and 2013’s “The Electric Lady”. Her work granted her six Grammys. After acting in Oscar-nominated films “Hidden Figures” and “Moonlight” (ever heard of it?), she returned to music with her new album “Dirty Computer”.

The album, to me, separates into three distinct sections…

ACT I: The Prince Tribute

Most albums stack all of their hit singles up front in order to grab the listener’s attention, resulting in a top-heavy project which fizzles out along the way. The four singles on “Dirty Computer” released prior to its release (“Make Me Feel”, “Django Jane”, “Pynk” and “I Like That”) don’t come in until halfway through the album. She runs the risk of people getting bored and jumping ship. It doesn’t start slow, per se, but the casual listener may need more determination than usual. It pays off though. Starting off with the too-brief title track featuring the Beach Boys’ Brian Wilson, it flows gorgeously.

Music legend Prince worked on the album with Janelle Monae before he died. How much of his actual writing made it to the album remains unclear, but his influence is undeniable. Whether it’s the twinkling synths on “Crazy, Classic Life” or the groovy bassline on “Take a Byte”, his fingerprints are all over the album, but specifically the first five songs. His vivid imagery of young, melodramatic partying in the city shows up as well. On “Screwed” she quotes the famous words of Oscar Wilde: “Everything is sex/Except sex, which is power.”

Critics of art, pop culture and entertainment have long debated the difference between an inspired homage and a total ripoff of another artist’s work. Some would say Monae just copies Prince’s style. However, I believe she injects enough of her personality to make it fresh.

The album really picks up steam when it gets to the singles. I know “I Got the Juice” wasn’t a single, but it’s an absolute bop. Whether it’s the surreal dreaminess of “I Like That” and “Pynk” or the hip-hop fury of “Django Jane”, she sounds like Janelle Monae rather than Prince. Except “Make Me Feel”, which sounds like it was left on the cutting floor of the 1986 album “Parade.” Remember “Under The Cherry Moon”? Me neither.

Because of the phallogocentric patriarchy under which we reside, a mere reference to vaginas makes people uncomfortable. Janelle Monae would like to put it at the center of the conversation. On “Django Jane” she says “And we gon’ start a motherfuckin’ pussy riot/Or we gon’ have to put ‘em on a pussy diet” then later “Let the vagina have a monologue.” On “I Got the Juice” she sings “My juice is my religion, got juice between my thighs … If you try to grab my pussy, this pussy grab you back.”

The song “Pynk” is a love letter to the female genitalia: “Pynk, like the inside of your … baby/Pynk behind all of the doors… crazy/Pynk, like the tongue that goes down … maybe/Pynk, like the paradise found.” Even the music video features Monae and several dancers donning pants which look quite labian. She wants people to know it’s nothing to be ashamed of, it’s beautiful and worth celebrating.

She expresses further paranoia accompanying falling in love over a strumming guitar in “So Afraid”: “What if I lose?/Is what I think to myself/I’m fine in my shell/I’m afraid of it all, afraid of loving you.”

The album’s epilogue “Americans” is a call to action and a stark portrait of life inside the United States. On the track, she sings “Hands go up, men go down, try my luck, stand my ground/Die in church, live in jail say her name, twice in hell/Uncle Sam kissed a man, Jim Crow Jesus rose again.” The song, it comes as no surprise sounds eerily similar to “Let’s Go Crazy” by Prince, the opener of his classic album “Purple Rain.”

Next post Spring Concert 2018: Vibes not just good, they were great

Best Music Videos of the 2010s

Prince’s unfinished ‘The Beautiful Ones’ memoir is a profound, eye-opening tribute 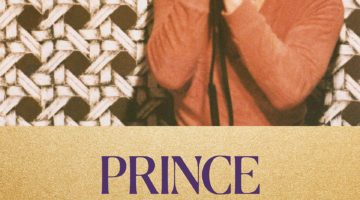 Grammys preview: Why Janelle Monáe deserves Album of the Year 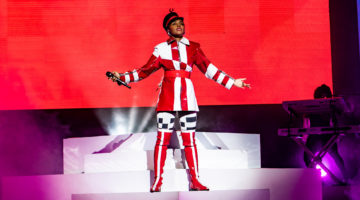