When and why we stop listening to new music

All the time I see “Oldies but Goodies” playlists on Spotify seducing people’s nostalgia. I love old music, but nothing compares to the exhilaration of an album release which lives up to the hype. Just this year, we received fantastic music from  US Girls, Kali Uchis, Car Seat Headrest and Janelle Monae. A new album brings you into a brand new world. New music reflects the times.

A study from Spotify found that most people stop listening to new music at the age of 33. Why do people grow disillusioned with current music as they grow older? I went on a journey to investigate. I traveled to the largest congregation of out-of-touch old people I knew of: The Reynolds School of Journalism…

As I spoke with Kari Barber, assistant professor of electronic media, she looked on-edge and distracted, twirling her hair in her fingers and avoiding eye contact at all cost.

“Nothing good has been made since Kurt Cobain died,” she told me.

She remembers growing up in Oklahoma and religiously listening to Nirvana, Soundgarden, Alice in Chains and Pearl Jam. Her high school divided between grunge fans and country fans. She wore flannels and ripped jeans and painted her nails black. It made her feel tough.

“All of my memories of that time are very smoky, I mean foggy,” she said.

The last new CD she purchased was “Californication” by the Red Hot Chili Peppers which came out in 1999. The only current music she is aware of comes from her son, including “Despacito” and Taylor Swift.

“I guess you have so much emotional attachment with music to an era of your life,” she said. “Your teen years are these interesting formative years. Then that music always takes you back there. There are others eras in your life like that too, but music doesn’t play a role in the same way. Something about the teenage angst I suppose…I think angst and music are tied together. You feel strongly about the music when you were an emotional wreck. That’s what you associate with. Then when you’re older, your problems are different: they’re not these internal problems where music is speaking to you. I guess.”

Maybe music is just inherently immature. Maybe all music is manufactured in a big company by Uncle Sam to profit off of our rebellious teen years. Unsatisfied, I continued searching…

When I went to academic advisor Jean Dixon’s office, she was busy with something, but she was too polite to turn me away. I promised it would only take three minutes but it ended up taking over eight.

Dixon grew up in the 70s. In a house full of classical music, her brother discovered rock ‘n roll. She listened to a lot of Elton John, Jackson Brown and the Doors. Her first album was by the Box Tops. Growing up in Ohio, music helped her escape.

Dixon lamented the recent passing of such late legends as David Bowie and Tom Petty.

“When I hear those songs it will take me back to where I was in my life. I’ll think about what I was up to.”

Dixon is optimistic about the current state of music.

“I wouldn’t say it’s worse. There’s just so much more of it and so many more platforms to find it on. That’s what’s the challenge. There’s so much being created…Back when I grew up, radio stations were the only way to hear music. Now it’s just more diverse and more accessible. It makes the choices harder, though. I think it’s fascinating how much is bubbling up from so many different platforms. I like old and new. It’s all about evolving and growing. You don’t stop, you just eventually pass on to whatever’s next.”

Dixon plans to see Portugal. the Man at the GSR in May.

Maybe you don’t stop caring about music, you just drown in its ever-encompassing wave and cling to what you know. I continued on…

Internship coordinator Alison Gaulden was late to our meeting, but once I saw her purple hair and heard her inviting laugh I couldn’t stay annoyed.

Gaulden doesn’t seem to quite know how she feels about contemporary popular music.

“I don’t know if it’s worse,” she said. “It’s generationally different. I get that. That’s fine. I’ve gotten to the point where just I don’t understand the words. So I don’t know if I’m going deaf or the music’s just bad. It’s hard to sing along.”

Sometimes she will play the “hipster” station on Pandora and enjoy a few songs. She likes Coldplay and Maroon 5.

Back in her heyday, Gaulden was a self-proclaimed “Disco Queen,” going out dancing to The Bee Gees and Donna Summer.

“Like most young people, I felt like I would take on the world,” she said. “I don’t think that all the time these days.”

Every now again, Gaulden will put on some Elvis Presley, some of her favorites from youth, and be transported back to adolescence.

“You’re figuring out who you are and how the world works,” she said. “That’s what music does for us. It connects us to our emotions in ways we don’t necessarily get otherwise. Then when you’re 50 you’re cynical. You’re not open anymore…A baby recognizes the sound of their mother’s voice before they recognize anything else. When I dance and I can feel the music, I can feel the emotions.”

Maybe when we’re older our lives become too complicated to be readily solved by songs. So it goes…

As I interviewed media lecturer Nico Colombant, he chomped on baby carrots.

“I like the way music’s been going,” he said. “As a kid, I was always into hip-hop and house music. Now, I feel those have gotten into every genre of music. The commercial stuff is way more palatable than it used to be. I hate rock ‘n roll. The whole 80s and 90s in the US just didn’t work for me at all. I’ve noticed kids are really into moody lyrics, and that doesn’t really work for me.”

“I’m always seeking out music. Music is a crutch to put me in a good mood.”

He enjoys more current artists, but he can’t recall all their names: “I’m starting to get old and fuzzy with who’s who and what their names are.”

Colombant traveled around quite a bit when he was younger, living in France, Africa and Indonesia. As he would move to a new country, he would use music as a way to integrate himself into the culture. He would go to venues and learn dance moves. He has vivid memories of a popular kind of country music in Indonesia where people would dance very slowly and wear sunglasses inside the club. He has no interest in pumping the breaks on his passion for music.

“Usually older people tend to just listen to what they did during their glory years. Then when did their glory years end? That’s usually where their musical knowledge ends. I don’t know how you would define the ‘glory years.’ People define it differently.”

“I think people tend to live in boxes,” Colombant said. “Maybe they have a hard time creating fluidity in their life. So they have their party years, then they have their ‘first-job-in-this-career’ years, then they kinda move on. I don’t want to turn this into a shrink session, but I’ve always liked to know who I am. Music is a part of me. I don’t want to just stay stuck in what it was. I love how music is a language that keeps speaking to itself, that keeps referring back, that keeps mashing up. I love that. I love to be apart of that journey with my own tastes, but also to see what’s going on.”

“I guess that people had such intense years and they loved it so much. It always makes me laugh, the older people who keep going to Bruce Springsteen concerts. And they just can’t move on. And they want to go back to the glory years. They want to relive that old moment. For some reason, they had some freedom and happiness then that they just need to still hold onto.”

Contrary to what the title would have you believe, I do not have an answer to this phenomenon. Maybe music is only able to speak to us for a fleeting span in our lives. Maybe the flame inside us that gets stoked by Morrissey or Kanye West or the Beatles inevitably flickers out one day, and we all just turn into dull, catatonic shells of former selves ourselves.

Benjamin Franklin once said, “Some people die at 25 and aren’t buried until 75.” I would like to update that quote to Spotify’s guesstimate of 33. I know one day I will probably stop getting excited at the prospect of discovering new music, but I hope it’s a long time from now. I plan on snatching up as many great albums as possible before I recede into my cave, my feet dragging and my head hung low. 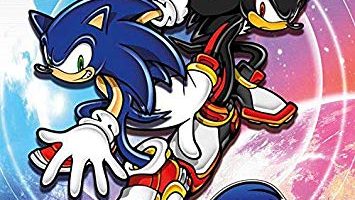