Photo courtesy of Zeta Psi Members of Zeta Psi fraternity stand next to a banner on their chapter’s house on Thursday, Sept. 20. The banners began appearing at off-campus houses as a way for Greek Life to support sexual assault survivors.

By: Olivia Ali and Madeline Purdue

The University of Nevada, Reno, saw some new decorations at fraternity houses on Thursday, Sept. 20, as part of a national movement to stand with sexual assault survivors.

In light of the #MeToo movement, several fraternities — both affiliated and unrecognized — began hanging banners onto their chapter houses. The banners displayed slogans about consent and stood in support of sexual assault survivors.

All chapters of the Independent Interfraternity Council — and former member Kappa Sigma —  hung banners, as well as Alpha Sigma Phi, a fraternity which is still recognized by the university. As of print time, it is unknown if any other affiliated chapters participated.

Banners on fraternity houses around the university include phrases such as, “Yes yesterday doesn’t mean yes today” on Kappa Sigma’s house, or “Swipe right on consent” on Alpha Sigma Phi’s. According to the IIFC, the banners served as a public way to show support of sexual assault survivors.

The banners first started appearing at fraternity and sorority houses at Ohio State this week after Advocated for Women and the World, an undergraduate student organization at Ohio State, distributed the banners as part of the “Banners Up” campaign, according to The Lantern.

The campaign is a way to raise awareness about sexual violence publicly, according to the president of AWOW Indeep Janda.

Janda told The Lantern that AWOW wants to move away from the negative messages perpetuating rape culture that had been seen in the last few years, such as the banners on Sigma Nu’s house at Old Dominion University in Fall 2015.

“[The campaign serves] just as a general movement to push for a more inclusive, more positively cultured environment where everyone feels safe,” Janda told The Lantern.

The IIFC at UNR released a statement on their Instagram on Thursday stating their reasons for taking part in the banner campaign and taking a stand against sexual assault.

“The gentlemen of the IIFC and its respective organizations stand with those who have survived and suffered from sexual assault,” the IIFC said in their statement. “Our affiliated organizations as well as former member, Kappa Sigma, created and put up banners on their houses illustrating the need for consent. The conversation and need for action to prevent and stop sexual assault is long overdue by members of the Greek Life community. We welcome collaboration with other individuals and entities because this problem extends beyond individual organizational commitment.”

The banners gained attention on social media because of participating chapters and other students and caused many people to vocalize their opinions on the matter.

University student and Reynolds School of Journalism senator Mika Alvarez praised many of the fraternities publicly on Twitter.

“As a Panhellenic woman and a student leader, I challenge ALL fraternities, recognized and unrecognized, to stand with survivors on this campus and educate each other on consent,” Alvarez wrote in regards to Kappa Sigma’s photo of two of their banners. “Thank you, Kappa Sigma, for being a part of the conversation and standing with survivors.”

“In my three years here at the University of Nevada, and as I continue to enjoy my fourth year, I’ve never seen so many fraternity men so willing to be a part of the conversation as well as be a part of the solution,” Alvarez wrote. “Well done, Zeta Psi.”

“I feel like it’s something they think is going to help, but in the grand scheme of things it’s not going to change how men, especially in fraternities, treat and denigrate women,” Baker said. “Actively working to make communities safer for women is going to take so much time and effort and I honestly don’t think they have the time, patience or attention spans to make any real change. Maybe that’s being pessimistic but we’re constantly shown examples of men prioritizing each other’s feelings over the genuine safety and livelihood of women so I just don’t have a lot of faith. I think that being seen as leaders on the issue makes them appear and feel like the ‘good’ fraternities without having to do any of the legwork. It’s great that this is a message they want to get out there, but actions have to back up their words.”

In the statement, the IIFC was vocal about taking further actions to widen the conversation about sexual assault. In addition, they stated that action further than the banners would be taken.

“This gesture is just the beginning of our dialogue to stop sexual assault, and we plan to take additional actionable measures to adhere to this responsibility,” the IIFC said in their statement. “We believe that it is our responsibility to stop sexual assault of all forms as members of not just our fraternities, but also as members of the University of Nevada, Reno community. Moving forward, our obligations extend to local, state, national and even global community. We will continue to update the public with our immediate and future plans to achieve such an important goal, and we hope that members of the overall community join in our continued efforts.”

According to Kuykendall, the IIFC has plans to do more than just hang banners but wishes to wait to disclose them.

“As far as moving forward, yes we have plans but will disclose that as they come closer to becoming a reality,” Kuykendall said. “The banners were us voicing our support of survivors and verbalizing our commitment to a consensual environment, but are not the end of the solution. There’s much work still to be done and we understand that reality, but we look forward to doing more.

In addition to the Banner Up movement, other members of Greek life are hosting events to stimulate the conversation about sexual assault on college campuses. On Wednesday, Oct. 3, the Panhellenic Council is co-sponsoring a #MeToo event where the movement’s founder, Tarana Burke, will talk about her sexual assault experience and how it led her to create an international movement. While the event is free, space is limited and those interested in attending should reserve their spot in advance.

The #MeToo event is part of an ongoing conversation of Greek life at the university has about sexual assault awareness. Last semester, Panhellenic showed their support for sexual assault and domestic abuse survivors by hosting Panhellenic Grilled Cheese, benefitting a local non-profit, Safe Embrace, dedicated to survivors. Both fraternity and sororities at the university participated in Sexual Assault Awareness Month and “Watch Our Pack”, asking the university community to not only support survivors but also practice bystander intervention if they see something happening.

Members of fraternities and sororities are also required to conduct training on sexual assault and consent, presented by the Title IX and Student Conduct offices, as well as receive Green Dot and Step Up bystander intervention training.

“As you can see, the Office of Fraternity and Sorority Life, as well as our recognized governing councils [IFC, MGC and PHC] and fraternity and sorority chapters, largely prioritize sexual misconduct and consent education and prevention, efforts that are demonstrated year-round,” said the Office of Fraternity and Sorority Life in a statement to The Nevada Sagebrush. “This issue is extremely important to our entire community as it impacts everyone. As a community, we will continue to focus on and strengthen our efforts to promote and ensure a healthy and safe community for all.”

Olivia Ali and Madeline Purdue can be reached at mpurdue@sagebrush.unr.edu and on Twitter @NevadaSagebrush.

Next post Staff Ed: There isn't a winning solution to campus parking 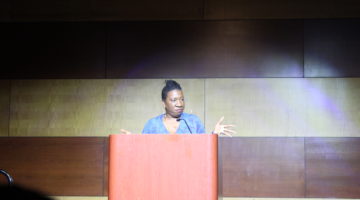 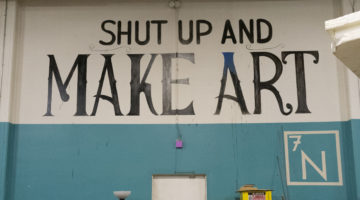 We’re better than this, Nevada