On Oct. 31, Wolf Pack Radio celebrated a year since launching its first broadcast on the FM dial in partnership with KWNK.

KWNK “is a non-profit radio station that champions music and ideas through community-driven, non-commercial radio in Reno and beyond,” according to the KWNK website.

KWNK airs 12 hours a day from 4pm- 4am, and is currently working to expand to broadcasting 24 hours a day. KWNK also works with local organizations, the Reno Bike Project and the Holland Project to make the broadcast possible.

WPR is a student-run radio station airing content produced solely by students of the University of Nevada, Reno. WPR takes pride in digging deep into the web of music and podcasts. They hope every listener can absorb something new.

General Manager of WPR Sarah Cryan explains their music range as “anything from dream pop to death metal, and every weird talk show or podcast you can think of.”

Cryan has been a part of WPR for 3 years as a volunteer DJ, to a program director and was hired as the general manager in August 2018. As general manager, she is responsible for mediating between WPR and the Associated Students of the University of Nevada, creating a broadcast schedule and managing technical issues, among other responsibilities.

WPR currently only airs certain shows and experienced DJs on KWNK, but continues to stream all their indie/alternative, electronic, rock/metal and hip-hip/rap DJs through their website. They also stream a sports shows and many different types of specialty talk shows.

Everyone at WPR — both staff and volunteers alike —- would love to expand their content creation and contribute more for KWNK, according to Cryan. It is a growing process that has only been under way, officially, for a little over a year.

“The partnership that we have with KWNK has given us the ability to broadcast to a much larger audience than we have in the past,” said Cryan.

With so much work to be done, WPR is constantly looking for volunteers to do a DJ set, and contributors to their blog page that posts album, artist and venue reviews.

Cryan, however, is open to new and different ideas.

“If anyone has a different idea, we’re down to publish it,” said Cryan.

In the past, WPR had just been for students, but now it has been brought to a larger scale on the radio.

WPR is becoming increasingly popular on campus, but Cryan would still like the make some headway throughout Reno with the help of KWNK. She is determined to spread the word.

“We want to continue getting out in the community more, attending more fundraisers and shows- as many as we can. A lot of people still don’t know who we are,” said Cryan.

WPR is also working to increase their presence on campus with public events. WPR staff members can be found at “Music Mondays” every other Monday outside of the Joe Crowley building. Wolf Pack Radio also hosts an Art, Music, Poetry, and Spoken Word party at the end of every semester to showcase the newest editions of student run journals, Insight Magazine and Brushfire Literary Journal.

Quintin Mills can be reached at oali@sagebrush.unr.edu or on Twitter @NevadaSagebrush. 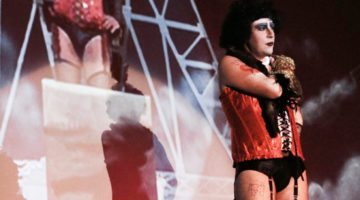