After an 0-2 start, the Wolf Pack women’s basketball got their season back on the right track with a 76-67 road victory over Long Beach State. Sunday’s win marked the 20th career win for head coach Amanda Levins at Nevada.

An even mix of freshman and veterans stuffed the stat sheet to help seal the win for Nevada. Junior Camariah King tallied a season-high 20 points on 4-12 shooting behind the arc. Senior Jade Redmon also added a season-high 18 points. Freshmen Essence Booker and Da’Ja Hamilton combined for 23 points as well.

Nevada led after every quarter and ultimately won with free throw battle. A total of 54 fouls were called leading to 74 free throws in the game. The Wolf Pack nailed 30 of their 37 foul shots for an 81.1 percent mark on the game while the 49ers connected on just 48.6 percent of theirs in the same amount of attempts.

The Pack scored a season-high 23 points in the fourth capped-off by an 11-0 run with under eight minutes to play that kept the game in their favor.

The Wolf Pack play UCDavis in their next game Saturday, Dec. 1, for the first game of of the Lady Griz Classic in Missoula, Montana.

Isaiah Burrows can be reached at dstrugs@sagebrush.unr.edu and on Twitter @SagebrushSports. 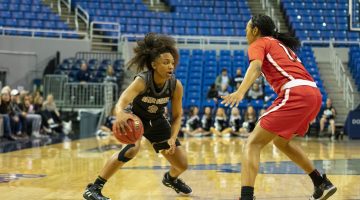 Nevada knocks off Lobos in first round of MWC Tournament 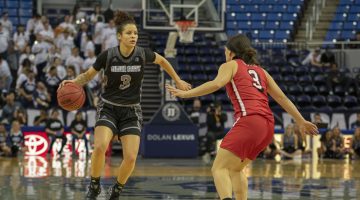 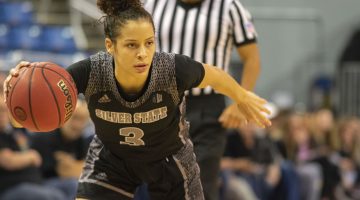