E.J. Papa/Nevada Sagebrush. Audience members for the 2019 Oscar Shorts Film Festival gather outside the theater in The Joe on Saturday, Feb. 23. Short live-action films were followed by animated films, and each category dealt with severely emotional topics.

With all the Oscar buzz that’s been happening, the Oscar Shorts Film Festival returned to Reno this year with 15 films split into three categories: Documentary, Live Action and Animation.  From Thursday, Feb. 21 to Sunday, Feb. 24, screenings of the shorts were held at the Joe Crowley Student Union Theater and sponsored by KUNR. Thursday was the Documentary screening with five films: “A Night In the Garden”, “Black Sheep”, “End Game”, “Lifeboat”, and “Period. End of Sentence”.

Friday, Saturday and Sunday were the Live Action and Animated categories. The screening for Saturday was kicked off by Morgan Zuziak the programming and marketing coordinator at the JCSU, who gave a brief introduction about the themes of the two categories.

The theme for Live-Action films was “Boys In Trouble”, and featured the films “Madre”, “Fauve”, “Marguerite”, “Detainment”, and “Skin”. “Madre” can be summed up as a parent’s worst nightmare. The film follows a mother who gets a call from her son lost on a beach, as she tries to locate him. The strength of this short lies in what the audience doesn’t see. The son is never shown on screen, making the mother’s concern more present and immediate.

“Fauve” was a short from the Manhattan Short Film Festival last year. The film focuses on two boys having fun in a place they shouldn’t be, until one of them disappears. An additional theme that could be applied to this short would be “fragility of youth.”

“Marguerite” is about an elderly woman and her caretaker. Throughout the course of this film, we don’t necessarily see the theme of “Boys In Trouble”, but rather we learn more about the personal lives of our two main leads. This one stands out in this category as its a very lighthearted and beautiful short.

“Detainment” goes back to “Boys In Trouble”, though this an understatement. “Boys In the Worst Situation” better describes this film. Based on true events, the film is about one of the most tragic crime cases in which two 10-year-old boys murder a two-year-old boy by beating him to death.

“Skin” was the last of the live action shorts, and continued the heavy subject matter. This film deals with what kind of environment we raise our children in, and portrays an example of racism in American society and culture. Tense toward the second half, and with a surprise end, this short was a powerful way to end the live action category.

The Animation category wasn’t as heavy as the Live Action, and was a much-needed breath of fresh air for the audience. The theme of these shorts was “Family Life and Parenting” and included “Bao, Late Afternoon, Animal Behavior, Weekends, and One Small Step”.

Bao is a Disney Pixar short about a Chinese woman who has one of her dumplings, her bao, come to life, and raises it as her own child. With this we see the overprotective parent, the rebellious youth, and how the relationship between the two plays out.

“Late Afternoon” is about an elderly woman, Emily, who is suffering from Alzheimer’s. During one afternoon with her caretaker, she starts regaining some of her lost memories. Each of the memory is it’s own story and shows more of who Emily was in her youth.

“Animal Behavior” is a comedic short about a group of animals in a group therapy session. The art direction in this short lends itself to the comedic tone, and finding out each animal’s individual issues was quite humorous.

“Weekends” is about a boy of recently divorced parents going back and forth between the two homes. Realities of the situation and the surreal aspects each play parts within this short.

“One Small Step” was the final short, and is about a single a father and his daughter who is obsessed with space travel. The father does everything he can to support his daughter, who wants to become an astronaut.

E.J. can be found at csuggs@nevadasagebrush.unr.edu, or on Twitter @NevadaSagebrush. 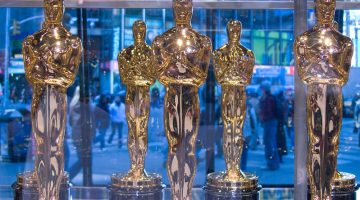 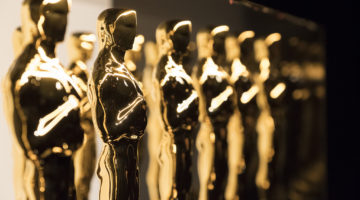