The Department of English, Core Humanities and the College of Liberal Arts assembled another poetry reading on Tuesday, April 9, hosted by the Nevada Wolf Shop. The guest of the week was nature poet Aimee Nezhukumatahil, who read excerpts from her work and answered questions from the audience.

Nezhukumatahil is a professor of English at the University of Mississippi’s MFA program. She is the author of many poetry collections including “Oceanic,” “Lucky Fish,” “Miracle Fruit” and her upcoming release “World of Wonder.” On top of being a professor and an author, Nezhukumatahil is the poetry editor for Orion Magazine and is a recipient of the Pushcart Prize.

Before Nezhukumatahil got up to share her collections of poetry, the presenter took a different approach to announcing a special guest. Instead of listing all of her accolades, he mentioned how her poetry embraces tenderness in hard times and understands the true experience of humanity. Her expression through writing about nature encompasses all of these themes.

Growing up in Chicago, Nezhukumatahil gave the audience an insight into her love for Kathakali, one of the main forms of classical Indian dance. Implementing hand gestures reminiscent of her favorite dance, she truly brought the spirit of her childhood passion while reciting her first poem dedicated to “everybody who likes to shine.”

Throughout the presentation, Nezhulumatahil explained the many ways she gathers inspiration for her insightful poems. She discussed growing up with a mother who was a psychiatrist and being around various mental institutions. Influenced by the phobia list and her long last name, she wrote about the fear of long words. The longest word in the Oxford Dictionary was even included, which showed her cleverness and attention to detail.

Life in Mississippi has allowed Nezhulumatahil to learn the history of blues music. She started playing Lucille Bogan’s “Shave ‘Em Dry” to the crowd. Giggles were heard across the room as she explained why it is said to be one of the world’s raunchiest songs. The embarrassment-filled reactions toward the song intertwined with the expressive comparisons to flowers made this poem a highlight of the night.

Nezhulumatahil then told the story of how she first encountered a poem while procrastinating in organic chemistry her junior year of college, which persuaded her to switch career paths. As a daughter of medical professionals, she explained how her parents weren’t so keen on the idea of her being a poet. However, as time went on, they became her biggest fans. The poem “Fugu Soup Blues” chronicles the celebratory dinner with her parents in New York City after she got her first job.

The Q&A session was filled with insightful advice from Nezhulumatahil. When asked about her unconventional exposure to poetry, she explained how she wouldn’t have wanted her journey with poetry in any other way. Although her parents only had medical textbooks around the house, their colorful bedtime stories and love for nature gave her all the tools she needed to be a poet.

Another point she made throughout the presentation was the importance of representation. Writing poetry gave her the opportunity to showcase beauty, food and culture in ways she never saw growing up as an Asian-American woman. Her openness to her journey was remarkable and inspired the aspiring writers in the crowd.

Dedicated to all writers, “Invitation” sums up what Nezhulumatahil’s work is all about. The last poem of the night explored the notion of people wanting us to be fearful and base our work on this feeling. She left with a moving quote: “Joy is an act of resistance.”

Rylee Jackson can be reached at csuggs@sagebrush.unr.edu, or on Twitter @NevadaSagbebrush.

Next post Ragebrush: Stop littering the quad with your graduation glitter

Previous post Statum’s homer caps journey back to the diamond 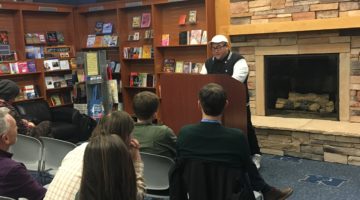 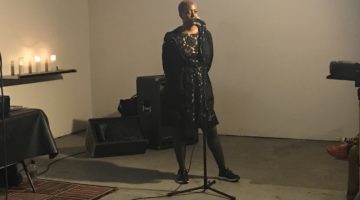