President Marc Johnson held the State of the University speech on Tuesday, Oct. 8. in the Joe Crowley Student Union.

“Our doors are open to all who qualify,” he said in his speech.

In his speech, President Johnson claimed the retention rate of the university is 81 percent. Approximately 61 percent of students graduate in six years and around 40 percent of students graduate in four years. President Johnson said the graduation rates have doubled a decade ago. Last year, the university claims they awarded approximately 5,000 degrees.

“The university is piloting additional mentoring and tutoring approaches to close this gap,” President Johnson said. “We are committed to graduating every student.”

The Center reported approximately 3.2 percent of undergraduates at the university identified as African-American in fall 2017. In the same year, around 2.76 percent of black students received their degrees in four years.

President Johnson addressed the July 5 incident and thanked the community for helping the university in its time of need.

After the explosion, the university had a $21,675 deal with Eldorado Resorts to create Wolf Pack Tower.

“Many people in the community have mentioned what a miracle it was that the campus could respond in just six weeks to open the fall semester on time,” President Johnson said. “I respond that the miracle was produced by the miracle workers who came together with uncommon dedication to make ready a wonderful learning experience for our students.”

President Johnson addressed the results for the Campus Climate Survey. In his speech, he said a large majority of students feel comfortable at the university but diverse students do not. He said the university administration will try to implement programs to make diverse students feel safer on campus. President Johnson said all students, faculty and staff have an essential role and responsibility to create a culture of acceptance and inclusion on campus.

President Johnson also encourages students to practice free speech. He said in this country,  we get to express our views and hear opposing perspectives.

“Civil protests, challenging speakers’ assumptions and conclusions, and expressing opposing viewpoints are part of the strength of this country as we move culture and policy forward,” President Johnson said. “Vilification and cyber-bullying do not add to understanding.  At a learning institution open to all, we stand together against bigotry, racism and hate, but it takes more than this. We must elevate the discourse to seek understanding to build a culture of respect and inclusion for everyone.”

The university contracted with Rankin & Associates Consulting to lead the Campus Climate Survey. Around 71 percent of survey respondents said they felt “very comfortable” or “comfortable” with campus climate at the university. African-Americans, queer-spectrum and bisexual, individuals with disabilities, low-income and first generation felt significantly less comfortable with the climate on campus. According to the university, there is approximately 40 percent of minority students on campus.

President Johnson discussed the university’s expansion into the Gateway Precinct. He said there will be a new business building, life science building and a parking garage built in this area.

The Gateway District refers to 12 historic houses built between the 1890s and 1970s located on the south edge of campus. The houses are planned to be relocated or destroyed for university expansion south toward I-80. One house has been relocated and three others have relocation contracts—the other nine are likely to be destroyed, according to the Reno Gazette Journal.

Nevada System of Higher Education board approved the University of Nevada, Reno’s seven resolutions to begin designing and construction in the Gateway Precinct on Friday, June 7.

The university was authorized to spend around $1.2 million dollars in capital improvement and administrative fees, which have been accumulated from academic buildings.

Plans for the Future

President Marc Johnson plans to create a new strategic plan for the university for the next six years. In his plans, he wants to help address the challenges and insights gained from the Campus Climate Survey.

President Johnson will focus on faculty’s teaching loads and salaries so it is equivalent to other R-1 tier universities.

President Johnson will also reform remedial courses. He feels students taking remedial classes when they first come to the university is inefficient. The reform will be implemented in 2021. 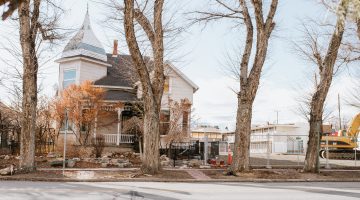 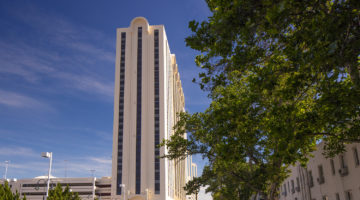 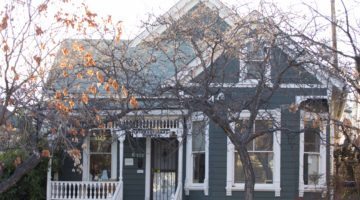