According to Diego Zarazúa, Coordinator in Education, Research & Outreach at the Latino Research Center, the holiday ties in the different cultures of the Aztec, Mayans, and Inca and how they remembered those who had passed on with Catholicism the Spanish brought to the region.

“The holiday is customarily observed on Nov. 1 and 2, and it was meaningful that the celebration on campus fell on the same day,” Zarazúa said.

Día de los Muertos—known as Day of the Dead in English—is a traditional Mexican holiday, but is observed in other Latin American countries. The day is used to remember and honor loved ones who have passed away by making altars with their photos, and decorating them with flowers and their favorite objects, foods and beverages. It is believed that doing this allows the spirits of the departed to cross over into our world for the night.

The Reno Arts and Culture Commission granted money to the LRC to put on the event, which was well attended by not only the Latinx community, but many other nationalities as well.

At the family-friendly event, there were people of all ages dressed in Halloween costumes and traditional Dia de los Muertos clothing. There were free face paintings, games of Jenga and a Mariachi band performing traditional music. Tamales and taquitos were served as well.

According to Zarazúa, approximately 2,000 people attended the event.

Altars were set up along the walls of the Milt Glick Ballroom. There was one honoring the children who have died at the border, their framed photos arranged on the table.

The Wooster High School Spanish Club created an altar for the event, which had photos, candles and candy organized on it.

“The LRC has been here since 2004, and this event has happened in the past, but there has been a hiatus for the past three or four years, so having this event on campus is really important for our students and Northern Nevada community, which we know is a large Latinx population that is growing.” Zarazúa said.  “It’s just a way of truly representing our community, heritage and their traditions and culture. It was a program intended to not only celebrate Día de los Muertos but also educate the people who came to the event, regardless of their cultural background.”

It was also significant for the event to bring in people who typically have not come to campus, as it builds a bridge between the school and its community, according to Zarazúa.

Some symbols like skulls and marigold flowers have meaningful affiliations with the holiday. According to the Smithsonian Magazine website, the skulls represent the dead who are being honored by the altar, and the scent of the marigolds is said to attract spirits to the altars.

The Latino Research Center, located in Cain Hall organized the event. Their mission is to focus on helping minority students succeed and creating a sense of belonging on campus.

Madeleine Chinery can be reached at andrewmendez@sagebrush.unr.edu or on Twitter @NevadaSagebrush

Previous post President Johnson announces he will step down, transition to faculty in 2020 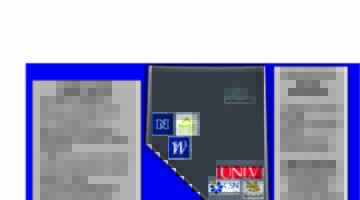 Cafe and Conversa 10/2: talks on sexualization of women, Latinx representation, congress in Peru 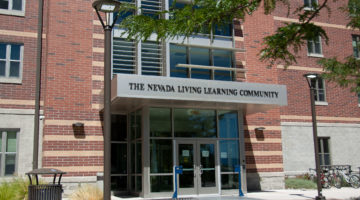