Because of the campus closure due to COVID-19, these meetings were conducted via Zoom.

ASUN Attorney General Omar Moore officially shared the results of the ASUN elections, which were announced on March 12. Read the Nevada Sagebrush’s coverage of the results here. Moore also shared that turnout had risen to 22 percent of the undergraduate population, a nearly 10 percent increase.

Vice President Nicole Flangas said she had been working with Director of Campus Wellness Claudia Feil on a survey to send out to students. The survey would aim to gather feedback from students on what ASUN can do to support them and how students are doing during quarantine.

Director of Clubs and Organizations Davis Florence announced that funding for clubs had stopped because of the inability to check out credit cards due to COVID-19. He said he was exploring options, but it would be difficult until campus reopens. Florence also shared that club renewals had opened.

Senators approve legislation coming out against Anti-Semitism on campus

Senators unanimously passed a bill that condemns Anti-Semitic acts of campus. The bill, written by Senator Supple, comes after at least 16 reports of anti-semitic acts on UNR campus during the 2019-2020 school year, according to the legislation.

Senators approved a bill with recommendations to the next administration for how to allocate ASUN’s estimated $500,000 budget increase. The suggestions for the next president and their executive board, who will organize the fiscal year 2021 budget, comes from current President Anthony Martinez.

The Nevada System of Higher Education Board of Regents approved an increase of $1.10 for the ASUN per credit hour fee in December 2019, which has provided the expected $500,000 budget increase.

Senators pass legislation to remove the Committee on University Affairs

Senators unanimously approved a bill to dissolve the Committee on University Affairs, which is “responsible for policies concerning any campus wide departments,” according to the legislation. Senator Rogers, the chair of the committee and the sponsor of the bill, said the liaison positions within the Committee on University Affairs would be redistributed to other committees.

Senators approve legislation changing the duties of the Committee on Academics

Senators approved a binding resolution that amends the duties of the Committee on Academics. The bill, which was sponsored by Senator Harvey, includes new liaison positions between ASUN and offices on campus.

It also makes the committee responsible for the “selection of recipients for the ASUN Transfer Student Book Fund as well as for the creation and distribution of nomination forms to students for the ASUN Faculty of the Year Award,” according to an amendment to the legislation.

Senators approved a bill that makes the director of the Department of Diversity and Inclusion a non-voting member on the Senate Committee on Diversity, Equity, and Inclusion.

Senators approve the creation of a Committee on Diversity, Equity and Inclusion

Senators approved a binding resolution to create a standing committee on Diversity, Equity and Inclusion. According to the legislation, the members of the committee will be responsible for “policies concerning the Association as it relates to matters of diversity, equity and inclusion.”

Speaker Savannah Hughes shared that she and other student leaders had spoken to President Marc Johnson and Vice President Shannon Ellis about student issues related to COVID-19, including a student fee refund.

“The biggest thing that I want all of you to take away from this is that our fees are still being used to ensure that students stay employed,” said Hughes.

In regards to the Joe Crowley Student Union fee, Hughes explained that the fee goes towards “capital expenses,” which pay for the building itself.

Vice President Nicole Flangas shared that she has been working with the Graduate Student Association to create a module that should be ready to launch during the summer. Flangas said she was continuing work on a survey for students.

Director of Campus and Public Relations Kristen de Guzman shared that she had directed a local storage business to buy an ad with the Nevada Sagebrush to share their current deals for students in the community. She also shared that Inkblot was working on a Wolf Pack Bingo template for social media.

Senators approved legislation that would require ASUN officers to purchase or rent their ASUN stoles. Previously, the stoles were paid for through the ASUN budget, which comes from student fees. The legislation also changed requirements for which students are allowed to purchase or loan an ASUN stole for commencement.

Senators approve legislation to create a Committee on Safety, Sustainability and Wellness

Senators approved a binding resolution that creates a standing committee on safety, sustainability and wellness. Senator Komanduri shared that the committee would receive liaison positions left over from the dissolution of the Committee on University Affairs.

Taylor Avery can be reached at oali@sagebrush.unr.edu or on Twitter @travery98. 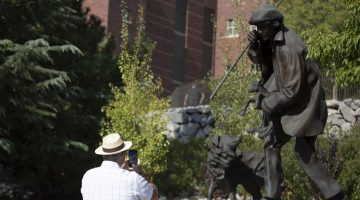 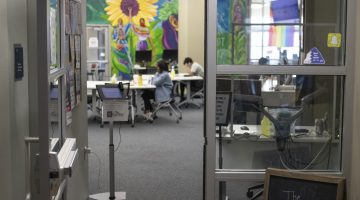