From the world to your kitchen in quarantine

As the world has been in a stand still these past few months, travel and exploration has come to a halt. But sharing culture, music and especially food hasn’t stopped. Recreating food from around the world can be a perfect way to connect to different places. Though some ingredients and dishes may be hard to make with limited resources, almost every country has a dish that can at least be attempted from home. Here are five foods that may be fun to try and taste while waiting to travel the world.

Hailing from a region in Venezuela called Los Andes, pastelitos andinos is a pastry or empanada stuffed with meat, rice and cheese. They are made with flour and sugar, meat, rice and can be filled with a variety of different vegetables and spices. The empanadas are typically served at breakfast with coffee or hot chocolate. They are made into circles and deep fried.

Historically, the cakes were a peasant dish made from cassava, potatoes, celery and stuffed with cheese or ground meat or chicken, sometimes even sardines. At markets in Venezuela, several people work to make the empanadas. One prepares the dough, one stretches the dough, another cuts and stuffs them and one fries them.

Preparation for pastelitos andinos can be intensive and requires a lot of attention, but serves well as a comfort food on a cold day. Or even a warm spring one.

Red Red is a popular Ghanaian street food made with black eyed beans and spiced palm oil. The palm oil so commonly found in the dish turns the stew a bright orange, almost red color, which is where it got its name. Making Red Red is a relatively easy process except for picking through the beans to find imperfect ones. A process which is almost obsolete in the US.

The stew is almost always served with plantains fried in palm oil. It can also sometimes be served with grilled chicken or rice. With simple ingredients almost anyone has in an average American home, Red Red doesn’t require much labor to prepare. Ingredients can also vary depending on personal preference. Though commonly a vegetarian meal, crayfish or chicken can be added to involve more protein and flavor.

Traditionally, some Ghanaian meals are served without any utensils. In restaurants, hosts will provide patrons with a bowl, soap and a pitcher of water to wash hands before and after a meal. Food is consumed with the right hand, never with the left as it’s considered vulgar and rude. Red Red is usually eaten by using the fried plantain to pick up the stew.

Polenta taragna is a mixture of cornmeal and buckwheat flour with history from the Valtellina in Lombardia region of Northern Italy. It’s name derives from the long stick used to stir and prepare it, tarai. It is typically known as a peasant or poor man’s meal. In the past, polenta taragna would appear dark brown or black if it was made entirely with buckwheat and no cornmeal. If one could afford it, they would add cornmeal to abate the potent taste of the buckwheat. Buckwheat flour was most commonly used because it has the ability to grow in almost any soil and was relatively cheap to maintain and harvest.

Polenta taragna is made in a pot usually of copper. After all the components are put together and whisked to a consistency with no clumps, it’s stirred with a wooden stick or spoon only in one direction. Though producing polenta can sometimes be a thorough job, tasting the final product is worth it. Polenta can be served with several different things like salame, sausage or sometimes a beef stew. Polenta is a versatile food for any occasion.

Kazandibi is said to come from 11th century Turkey, the time of the Ottomans.  The dessert consists of milk, butter, rice flour, sugar and made commonly with a crystallized tree sap called mastic. Kazandibi is made with the ingredients mixed and heated in an iron pan over an open flame or heat source. The bottom of the pudding mixture is burned to caramelization and is served with a cinnamon topping.

The word “kazan” references the burned pudding, “kazandibi” translating roughly to “burned bottom pudding.” The dessert is surpassingly popular during the Muslim month of Ramadan, which takes place April 23 through May 23 in 2020. It’s origin is said that one day the pudding was burned by mistake. Once the makers realized it tasted better that way, they continued to burn it each time.

One of Brazil’s most popular and loved party treats, brigadeiro is a chocolate truffle made from three to five ingredients. Made by mixing sweet condensed milk, cocoa or chocolate powder (many Brazilians love Nesquik), sometimes eggs and butter and finally decorated in sprinkles, pistachios or a variety of fruits.

Popular belief says the name “brigadeiro” was created and named after Brigadier Eduardo Gomes, a Brazilian politician and military Air Marshal. Gomes entertained a large number of women who ended up creating the dessert.

As a staple of Brazilian parties, brigadeiros is a long loved favorite. No birthday party in Brazil would be complete without them.

Sarah Strang can be found at sstrang@sagebrush.unr.edu or on Twitter @scsstrang.

Next post Bored when cooking? Here are some playlists 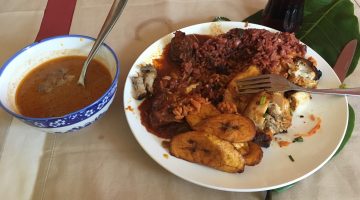 Bored when cooking? Here are some playlists 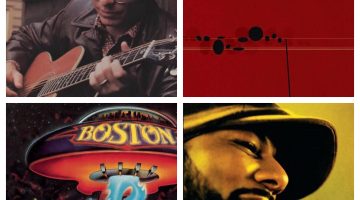 I got an InstantPot and my life has been forever changed 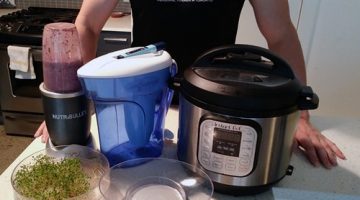