Students at the Tu Bienvenida event watch as Gerzon Chaves, a Reno Ballroom dance instructor teaches them the basics of cumbia movement.

The University of Nevada, Reno kicked off Hispanic Heritage Month with the annual Tu Bienvenida event which invites both Latinx students and staff to connect with one another and recognize this community on campus.

Hispanic Heritage Month, Sept. 15 through Oct. 15, in the United States celebrates “the histories, cultures and contributions of American citizens whose ancestors came from Spain, Mexico, the Caribbean and Central and South America.”

Originally created as a week-long event underneath the U.S. President Lyndon Johnson, it was eventually turned into the month-long celebration we now know it as on Aug. 17, 1988  by U.S. President Ronald Reagan.

The welcoming event, held in the Gateway Plaza in front of the Joe Crowley Student Union, wasn’t just a way for students and staff to have fun, but a pathway into forming connections with clubs and organizations on campus.

Students gather around one of the club tables at Tu Bienvenida, hoping to learn more about what resources are readily available to them on campus.

Fraternities like Nu Alpha Kappa (NAK) and Lambda Theta Phi (LTP), The Reynolds School of Journalism’s Noticiero Movil, the Latino Student Advisory Board and the Gender/Race & Identity Club were just some of the few clubs on campus taking part of this celebration.

Richard Meza, president of Lambda Theta Phi, was there to promote his fraternity and to get other students like him to join.

“I think it’s just a great way to put Latin culture on campus,” said Meza at the beginning of the event. “I know that if I hadn’t joined this organization a while back, I wouldn’t have been able to see my culture a lot like firsthand.”

Although several clubs and organizations were there to kick off the start to Hispanic Heritage month, there were also lively performances for all in attendance to enjoy.

During the Tu Bienvenida event, Ballet Folklorico Pueblo Nuevo performed four different dances with their different age groups. Seen here was the last group to perform in front of the crowd.

One of these such performances included traditional dances from Ballet Folklorico Pueblo Nuevo, a traditional Hispanic dance troupe in Reno.

With four different routines, from the different age groups, they captured the audience’s attention.

The dance troupe wasn’t the only one who got to show off their rhythmic movements and timing. Gerzon Chaves, a dance instructor at the Ballroom of Reno, treated students to a free lesson in cumbia movement and got the audience up and at it with Caballo Dorado’s “Payaso de Rodeo.”

Attending events such as these doesn’t just always mean fun and games, some students are there to be able to celebrate their pride in who they are and what their community means to them.

Jasmine Ramos, an 18-year-old public health major, was in attendance at Tu Bienvenida because of her love for the Latino culture and to get to know everyone there at the plaza.

“I feel like having different cultures and just trying to be a part of every single one, like learning more. For me I’m Guatemalan so just learning about the Mayan culture, the Quichean language… Just speaking Spanish is a factor in all of this, with Spanish everyone is kind of united.”

Echoing the same emotions Valeria Rangel, an 18-year-old business management major, is proud of being a Mexican Latina and attended Tu Bienvenida in hopes of getting to know the Latino community within the university.

“I’m also Mexican and American and I’m proud to be a Latina Mexican because Spanish is my first language,” said Rangel during the event. “I’m in love with my culture, speaking Spanish, and I get to be myself.”

For these Latinx students on campus, such events don’t just signify a way to grab some free food and items, it’s a way for them to keep in touch with who they are inside and find a way to connect to others and their cultures.

The university, in partnership with the Latino Research Center and other such organizations on campus, will be hosting events throughout Hispanic Heritage month. To learn more visit https://www.unr.edu/latino-research-center.

Melanie Mendez can be reached through email at melaniemendez@sagebrush.unr.edu or through Twitter at @MAizmeth.

UNR Honors Concert: Who would’ve known one little mistake could do so much damage 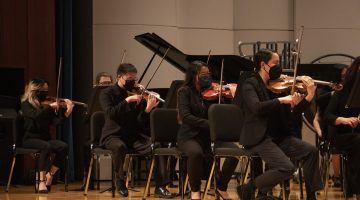 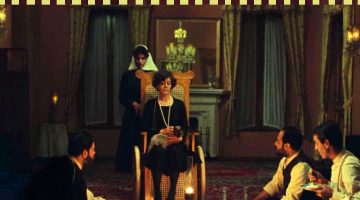