Terminally ill minor first to be euthanized in Belgium

A young Belgian citizen became the first minor to die by euthanasia in the country after being diagnosed with a terminal condition.

The identity and age of the minor have not been released.

Belgium first legalized mercy euthanasia in 2002 for people who could not be cured and were in constant pain. The law was extended to those under the age of 18 in 2014.

Children have to go through a more rigorous process than adults to be granted the right to die. Not only do they have to be diagnosed with an incurable disease, but they have to be expected to die in the near future as well. They also have to understand what euthanasia means and what the process is. Parents must consent for their child to die.

Belgium and the Netherlands are the only countries that allow mercy euthanasia. The Netherlands became the first country to legalize it in April of 2002.

A woman in Phoenix, Arizona died Sept. 7 after being chased by men in a pickup truck. Dinya Farmer was on the phone with 911 when she crashed into a freeway median.

She died later at a hospital from the injuries she sustained from the crash.

The transcript of Farmer’s 911 call was released to the public Monday, Sept. 19. She reported that three men had followed her onto the freeway after she drove away from their advances.

The 911 operator on the phone with Farmer said there were gunshots before the call was disconnected.

According to police, there is no clear motive behind the chase and shootings. It is not related to other cases of violence seen on Phoenix freeways in 2015.

Students in Washoe County set a record for all-time high qualifications for the National Merit Scholarship for the school district this year.

According to the National Merit Scholarship program, 47 Washoe County students qualified as semifinalists. The program has never seen numbers this high from the county.

The students could potentially earn a total of $33 million in scholarships. They are competing with 16,000 high school seniors across the nation. Around 15,000 students make it to the finals every year.

The National Merit committee grants 2,500 students the scholarship after reading essays, reviewing test scores and looking at the difficulty of classes. They also consider leadership roles of the students within their schools and communities.

Students qualify for the National Merit Scholarship program by being in the top 1 percent of the PSAT scores in the nation when they take the test their junior year.

Next post Reno may be a dump Amy, but it’s our dump, damnit! 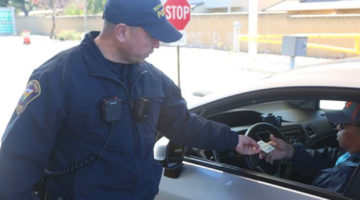