Photo via The United States Marine Corps
A police officer wears a body camera as he conducts a routine traffic stop on Friday, Feb 2. Wilbur Martinez-Guzman was arrested on Saturday, Jan. 19 in connection to four murders in Washoe and Douglas counties.

After a manhunt in Douglas and Washoe counties, a man believed to be responsible for four deaths is in custody.

Wilbur Martinez-Guzman, 19, is suspected of killing four people over the age of 50 in the Northern Nevada area, between Thursday, Jan. 10, to Wednesday, Jan. 16. He was arrested in connection to the four homicides on Saturday, Jan. 19 and is being held on charges of burglary and possession of stolen property, as well as charges related to his immigration status.

“We felt it was important for the public to know that we are confident we have the person responsible for the La Guardia Lane homicides as well as the homicides in Douglas County,” said Washoe Sheriff Darin Balaam at the news conference. “The information we have now indicates there are no outstanding suspects at this time, but the investigation is still ongoing.”

On Sunday afternoon, a home associated with Martinez-Guzman was actively being searched by Carson City Sheriff’s deputies. Although unconfirmed whether this was his residence, it has been confirmed that Martinez-Guzman lives in the Carson City area. Neighbors reported seeing SWAT members and patrol cars around the home, according to a Reno Gazette-Journal report.

In South Reno on Wednesday, Jan. 16, Jerry David, 81, and his wife Sherri, 80, were found dead of gunshot wounds in the home on La Guardia Lane. It was confirmed Jerry David was the former Reno Rodeo president by friends of the couple.

After the Saturday arrest, Martinez-Guzman was put on a suicide watch in Carson City Detention Facility. However, he is now a step down from a suicide watch but is still under constant surveillance, according to Carson City Sheriff Ken Furlong. He also met with a behavioral psychologist since the arrest. 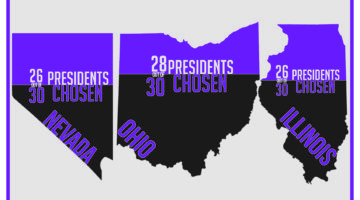