Photo courtesy of UNR Office of Marketing and Communications
Debate partners Grace Miller and Daniel Armbrust pose at the National Parliamentary Debate Association National Championship tournament in Colorado Springs, Colorado. Both Armbrust and Miller placed in the top ten at the debate tournament.

After years of dreaming of the moment she might get a standing ovation after a debate competition, Grace Miller finally received one after winning the James “Al” Johnson Top Speaker award after placing first at the National Parliamentary Debate Association National Championship tournament in Colorado Springs, Colorado from March 23 to 26.

“It’s something that everyone dreams about,” Miller said. “The whole auditorium gives a standing ovation to the top speaker. When I first started debating in the Junior college and I was giving standing ovations to everyone, I remember thinking I want to be there one day. As you debate, you realize that there are so many different factors that come into it, so I never thought that would happen, but that was really cool because I worked really hard.”

Miller is a senior at the University of Nevada, Reno majoring in Political Science and Philosophy with a minor in Economic Policy.

Miller transferred to UNR after attending Santa Rosa Junior College in Santa Rosa, California. Miller said the UNR debate team was well known on the regional circuit and the debate team was the reason she decided to attend UNR.

Miller placed first in the NPDA Championship tournament out of 282 participants.

The tournament contains eight preliminary rounds where each debate team of two individuals receives either an overall win or loss. Each individual debator is given a score by a judge on their performance, the score is from 1 to 30. Miller’s top score made her only the second UNR student in the 24-year history of the team to win the Top Speaker award.

Miller said the reason she stayed in debate this year was because of Armbrust, who she said helped her see the fun and goofy side of debate.

“We’ve been good for a while,” Miller said. “We’ve had at least one or two partnerships doing really well on the national circuit, the past two years have been really good, we’ve had two solid partnerships, four debaters who are constantly doing well. We always have really strong Junior debaters.”

In addition to being known for their success, Miller said the team is also known for being a really tight knit group.

“We are very close,” Miller said. “We hang out outside of debate. I think that is where a lot of our competitive success comes in is that we’re so close outside of debate that we can mesh well, we know each other’s personalities and we all love each other. It is more than just debate for us, it is a family.”

In addition to winning the Top Speaker award, Miller said she gained valuable skills and life lessons through debate and attributes her academic achievements in school to being in debate.

“I wasn’t very good at school in high school and then in college I kind of turned it around and a lot of that has come from debate teaching me how to be efficient, how to be effective, and how to communicate really well,” Miller said. “All of the skills it has given me on learning and being able to apply everything I learn has helped me to become a better student and to realize that law school is something that is obtainable for me. Debate showed me that there was something in my life that clicked with me and it gave me the skills to take that further.”

Miller plans to take a gap year after she graduates to coach a college debate team. After taking the Law School Admissions Test, Miller hopes to attend a top law school and then work on civil rights and domestic violence cases for a non-profit organization. 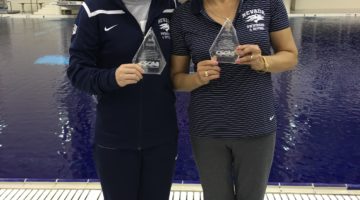 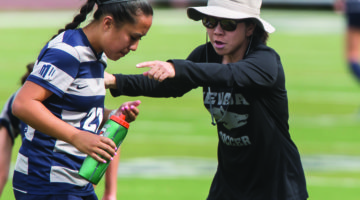 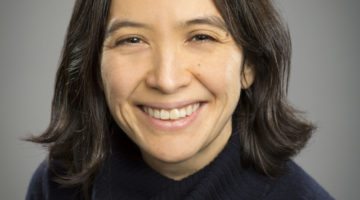