Let’s protect transgendered in the military

Excluding transgender soldiers from serving the United States in the Armed Forces will go down as one of President Trump’s most foolish decisions in his administration. And that is really saying something!

On the verge of perpetual war in Afghanistan, nuclear war in North Korea, and further meddling in the Syrian civil war, President Trump is hell-bent on kicking out thousands of brave men and women because they do not see themselves as the gender they were identified with at birth. He uses military readiness and high healthcare costs as reasons for his directives. Both reasons are utterly, totally, and unequivocally ridiculous. Military readiness would not be affected by including transgender people in the ranks of the greatest fighting force in the world. History is on the side of inclusion, as our military was not hindered when we expanded ranks to people of color, women, and openly queer. In fact, our military was strengthened when more people could answer the call to service.

The monetary costs of furnishing gender replacement therapy to our soldiers is relatively small. Some $8 million according to a study commissioned by the Department of Defense. $8 million, out of a budget of $580 billion dollars, or 0.0014 percent. Even if the costs were one thousand times greater, or one penny out of every defense dollar, I still would support funding gender replacement therapy. Why? We need to do better by and for our troops.

Twenty three percent of the homeless in this country are veterans, as provided by the National Coalition for the Homeless. The Department of Veterans Affairs found that roughly 20 veterans commit suicide every day. At least 12 percent of veterans suffer from PTSD at some point in their lives. Backlogs seem to be synonymous with the VA. We send our bravest off to fight in a foreign land for reasons most of us do not know or understand. Many who do return are scarred both physically and mentally if they do return alive. Our citizenry can never do enough to repay servicemen and women for their valor, but we must always keep trying to repay, damned be the costs. If some of our bravest ask for assistance in living their authentic self, then it is our duty as citizens to assist in that effort, again costs be damned. Citizens should come to the aid of their servicemen and women, regardless of whether they are cis or transgender.

Another reason we need to stand up for transgender soldiers is that we need to stand up for transgender people altogether. Correct me if I’m wrong, but it seems that when it comes to transgender people, it is encouraged for people who oppose transgenderism to go out of their way to be total jerks. It seems that in order to be hostile to transgender people, it must be a deliberate and concerted effort on the part of the jerk. This includes referring to the transgender person by their past names, asking for papers or other “proof” that they are the gender they say they are, and dictating what restrooms they can go into. If people keep to themselves, and not actively stand in the way, the whole issue of being transgender will cease to exist. After all, there is no biological or social need for fixed gender expression from birth to death. The world will not end because someone wore a dress or changed their name, hair, or anything. When someone tells you their name or their gender, it is easiest, wisest, and best to trust them on it.

When it comes to transgendered people and care in the Armed Forces it boils down to this: The United States should not turn away any able and willing person, especially in times of war. Those who do enlist should be entitled to the best care possible and should not be condemned to a life of extreme poverty or hardship because of their sacrifice to their country. Finally, it is the duty of the citizenry to see to it that veterans receive all the care and assistance they so need or seek, in gratitude for the veteran’s service. Anyone else notice that there were no gendered pronouns, or any mention of color, creed, sexual orientation, or other similar characteristics. I’ll just leave it at that.

P.S. Oh yeah, one more thing. How do we pay for that $8 million? Two ideas. We can raise alcohol taxes by one-tenth of one percent or install an excise tax on tattoos. I can personally guarantee that the students of the University of Nevada, Reno, will cover the entire $8 million in one week. Or we could replace the dollar bill with a dollar coin, but that’s a whole other issue. 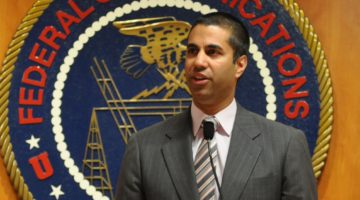 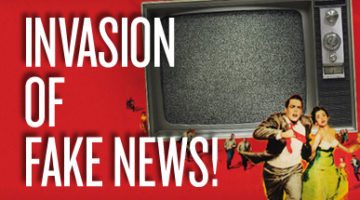