GOP tax plan: why hell has frozen over

This week’s forecast calls for raining sausage, tornadoes of breadcrumbs, and toads arising from the ponds, with the lows in the mid-negative 50s. Why such a brazen prediction? This: I hope that the Trump administration and the Republican Congress are successful in their next legislative initiative. Tax reform is very much needed.

Every tax filer will spend 17 hours each year preparing tax returns, according to the American Action Forum. For a company, that number skyrockets to 275 hours. This exorbitant amount of time reduces the productivity of the American workforce and is better spent other ways building the economy. I agree with the concept House Speaker Paul Ryan has pitched, being able to fill out taxes on a postcard in under an hour.

Now, there is a lot for progressives to like with this newest plan. Some of the higher tax brackets are eliminated and replaced with three rates, 12 percent, 25 percent, and 33 percent. This will make it easier for people to calculate their tax bill, and retains higher rates for those with higher incomes. The standard deduction will double, which will greatly reduce every American’s taxable income. With a higher standard deduction, fewer people will need to itemize, saving them time and money.

While many deductions and credits would be exempted, there are some all-important deductions that would remain which would be beneficial to college students. In the GOP proposal, they committed themselves to preserve many popular tax incentives: “The framework retains tax benefits that encourage work, higher education and retirement security.” This means that the tax credit college students receive for paying tuition should remain safe, as well as the deduction for paying off student loan interest. If the GOP lives up to that promise, college students and graduates should come away from this tax reform with a smile on their face.

Now, there is something that needs to be changed. The top rate should be raised instead of cut, I would say there should be a 45 percent tax rate for income over $1 million. People in the top tax bracket are more likely to save their money and place it in the bond or stock markets. It’s called the marginal propensity to save. Basically, once people make higher incomes, their inclination to spend and generate economic activity decreases. While there is an individual benefit to saving more, it does very little to generate economic activity. This is why trickle-down economics simply does not work when the people who already have money get more money: they save the money and don’t spend it. If you want to use tax reform to generate economic activity, target the reform so only the middle class and poor would benefit. Their marginal propensity to save would be smaller and the money they would receive will be inserted back into the economy and fuel economic growth. I have tepid support for the GOP’s tax plan, but if they guarantee that the top 1 percent would not receive one red cent directly from the tax plan, then I would wholeheartedly support the plan. The top 1 percent is going to be doing just fine without massive tax cuts, so we shouldn’t give them the time of day in tax reform.

As I’ve stated before, I am in favor of abolishing the income tax altogether in favor of a nationwide sales tax. Sadly, the current political climate would not allow that to happen. Though, this tax reform push is our next greatest hope to achieve a smarter tax code that would generate revenues for both the public and private sectors. Yet, work still needs to be done. The Democrats should help Trump win this tax battle, but it will help them win the war of 2020, the next presidential election. Democrats need to be seen as a governing party, not a hysterical opposition party. They need to wrap their arms around tax reform, offer up changes, and try to get it passed. If tax reform passes, it will be undeniable that Trump and the GOP will see their approval ratings rise, but that’s okay. If Democrats jump on board with tax reform, their approval ratings will rise too. Any polling bump the GOP sees will be canceled out by a Democratic bump. If everyone wins with tax reform, then no one loses. Democrats will still retain their generic ballot advantages and people will be better off financially.

Opinions expressed in The Nevada Sagebrush are solely those of the author and do not necessarily express the views of The Sagebursh or of its staff.

Next post America needs a solution to its nuclear problem

Previous post News You Can Use: Guide to Planning Your Spring Semester

Shrugging our shoulders at the GOP tax bill 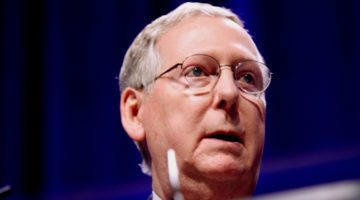 Can we just not tax income? 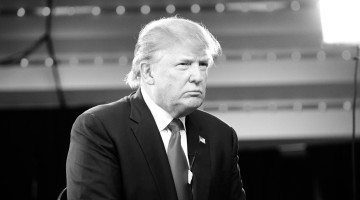