A TV show is an investment. Get in on the ground floor of the right show and you can ride it straight to the top, like someone who bought 100 shares in Microsoft in 1975. You might happen upon the pilot episode of the right show on a late, drunken night and find that you’ve struck gold. You’ll text your friends about it, and once it hits peak popularity, they’ll praise your eye for television forever. The only problem is those kinds of shows only come around so often. But here’s a little insider tip: this year, that show is “Corporate.”

“Corporate,” which airs on Comedy Central Wednesday nights at 10:30, takes the American cubicle-culture paradigm established by comedies like “The Office” and “Workaholics” and beats it over the head with a water cooler. The show’s co-creators, Jake Weisman and Matt Ingbretson, play junior executives Jake and Matt, a pair of vitamin D-deficient office dwellers who split time between trying to climb the ladder at work and longing for the sweet release of death. Their corporate overlord is called Hampton DeVille, a conglomerate of mass manufacturers and war profiteers spearheaded by their despot boss Christian DeVille, played perfectly by Lance Reddick, whose credits include the ultra-stoic lieutenant Cedric Daniels of “The Wire.”

Jake and Matt’s first task in the pilot episode is to fire a co-worker who crafted a tweet from the official Hampton DeVille Twitter account making light of a recent hurricane. Still having an ounce of humanity intact, or perhaps just trying to exploit an opportunity, the two delay the culprit’s termination in exchange for a tour of all of the company’s office parties that day so they can “fill the void” with cake and chocolate syrup. Sure enough, the soulless higher-ups at Hampton DeVille fire the tweeter themselves, leaving Jake and Matt responsible for talking him off the ledge, literally. Over the course of the next two episodes, “Corporate” really starts to hit its stride. Matt constructs a presentation to entice the U.S. government into a weapons contract to arm them for their secret coup in Bolivia, and is praised for his PowerPoint skills: “Your decision to use bullets as bullet points… genius.” Later on, in the third episode, Jake parlays spinal surgery into a better standing around the office, trading prescription painkillers for luxuries like a new office and a new suit while Matt nearly loses his mind digitizing Hampton DeVille’s scores of workplace death records

If “Corporate” sounds nihilistic and unfathomably dark, that’s because it is. It’s also morbidly hilarious, though. The show deftly makes light of some of the most nightmarish elements of the modern work environment and the cutthroat non-ethics of international conglomerates like Apple, Amazon, or Walmart. Buried beneath the scathing satire of corporate America are the makings of a subtle buddy comedy by the stars and creators, Ingbretson and Weisman. The two joke about their hyper-specific taste in porn (Matt watches P.O.V. videos of ex-girlfriends apologizing) and whether or not they’re destined to become racist by the time they’re 50 years old.

To put it simply, there’s nothing quite like it on television today. “Corporate” is simultaneously terrifying, depressing, enlightening, and hysterical. Given its dark nature, there’s a chance it might not reach the heights it should, but it’s worth getting in on early. And, of course, if it’s unceremoniously axed the day after you tell all of your friends to sit down and watch it, you can just say that it was “misunderstood” or “too ahead of its time” like “Arrested Development” or “The Dana Carvey Show,” which will only boost your TV cred. So go all in on “Corporate” and allow the laughs to roll right in.

Next post NEWS YOU CAN USE: How to complete the FAFSA 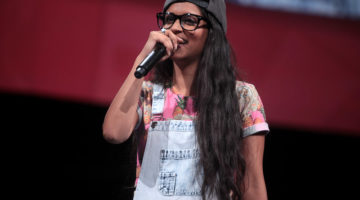 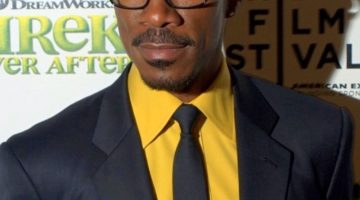 “Nathan for You” season 4 knocks it out of the park 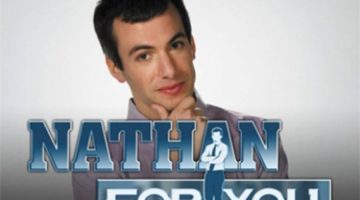