Democratic presidential candidate Pete Buttigieg, 37, visited Sparks, Nev. on Saturday, Sep. 28 as part of his campaign series across the state.

Buttigieg held a rally at Sparks High School where he talked about mental health, immigration, education, climate change and poverty. Approximately 800 individuals showed up to Sparks HS in support of Buttigieg.

Nathan Nobel, president of the Young Democrats at Wooster High School, opened for Buttigieg. Nobel expressed his concern with the current administration and how issues affecting his age demographic are not talked about seriously.

“I am tired of a government that does not work for us,” Nobel said.

He added Buttigieg is the youngest candidate and able to touch on issues young voters care about.

Buttigeig said his number one priority if elected would be climate change. He said there needs to be increase federal investment in renewable energy, a carbon tax placed and engagement in local communities.

He added the farming and agriculture industries need increase education on how to use resources without emitting as much carbon into the environment.

Marcella Sciotto, a mother of two, said Buttigeig gives her hope for a better future for her children.

“The thing I’m most scared of, is having kids in this day and age,” Sciotto said. “I was pregnant with my first [child] when Trump was elected and I remember being incredibly scared. I’m voting for Pete because I think he is going to make it a safer world for my children. With climate change, with guns, for schools and education for their future. I feel like everything that he talks about I have faith that it’s going to be the best world for my kids to grow up in.

Sciotto also expressed that for her, Buttigeig means hope for the country.

“We are in this really dark time, but through smart policies and on focussing on things that really matter, we’ll be able to come out from the other side better for it,” Sciotto said.

Buttigeig expressed it is the president’s job to listen to the concerns of the people and deliver on promises made.

Power at Sparks High School went out due to weather conditions, according to Buttigeig’s campaign. Buttigeig continues his speech with the help of rally goers who lit the room with their phones.

Buttigeig will be in Las Vegas, Nev. to speak with medical personnel who cared for the victims of the Route 91 Harvest Festival mass shooting on Oct. 1, 2017. He will also be attending a gun safety forum.

Andrew Mendez can be reached at andrewmendez@sagebrush.unr.edu or on Twitter @AMendez2000. 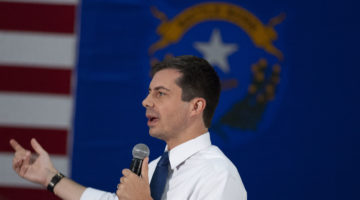 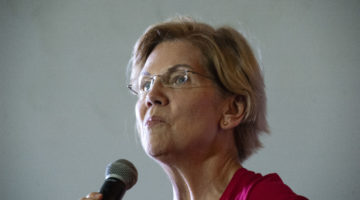 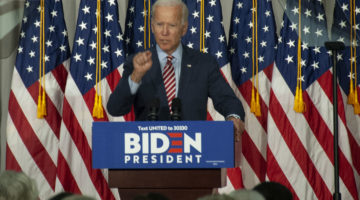